BELGRADE -- Serbian President Aleksandar Vucic said today, according to test results, we have the lowest infection rate - about three percent.

BELGRADE -- Serbian President Aleksandar Vucic said today, according to test results, we have the lowest infection rate - about three percent. 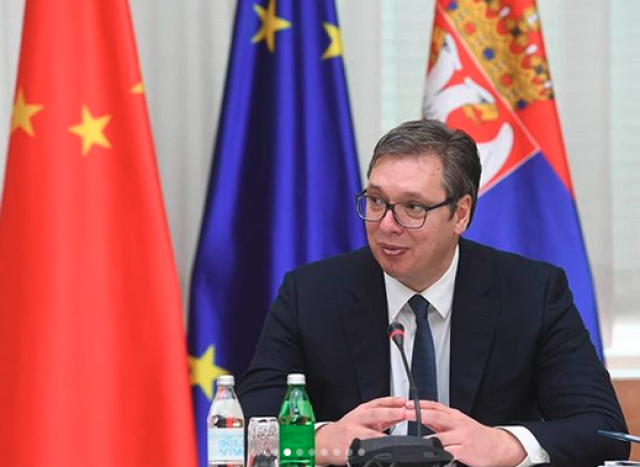 After speaking with Chinese Ambassador Chen Bo and a team of Chinese doctors, Vucic said he expected the Crisis Staff to confirm this at a press conference, and stressed that the results would have been much better had it not been for the Gerontology Center in Nis, from where we already had 43 of the dead.

He said that based on a sample of 4.000 tested, he could say that we had the lowest infection rate since the start of the epidemic, which is 3 percent.

"These are the results of all the measures that have been taken, which some people are angry about. It is important that we mark the holiday in quarantine. We just need that day and we need a little more discipline," Vucic said.

According to him, all the numbers in the cities are good.

"Nis has recovered dramatically and Belgrade is better than yesterday. Novi Sad has fantastic results for ten days. Things are generally very good in Kragujevac, although there was a slight leap yesterday", Vucic explained.

He thanked representatives of the Beijing Genetic Institute, GDI, pointing out that there are young people working in the labs in Wuhan.

He also thanked everyone who donated the equipment for the state-of-the-art "Fiery Eye" laboratory, not only in the region but in the whole of Eastern Europe.

He announced that Serbia will continue with a large number of tests because it does not want to cover up the number of infected and deceased from coronavirus, as others do.

"We will treat the patients, not allowing people to die," Vucic said.

He said that he had also discussed with the Chinese partners the digitalization of our healthcare system and that the intention was to create a state-of-the-art research laboratory in Europe.

He explained that the virus mutation would be able to be analyzed in the lab.

He said that the goal is for Serbia to become a leader in Europe in the field of laboratory research.

He announced that a modern laboratory for the Eastern Serbia would be established soon in Nis.