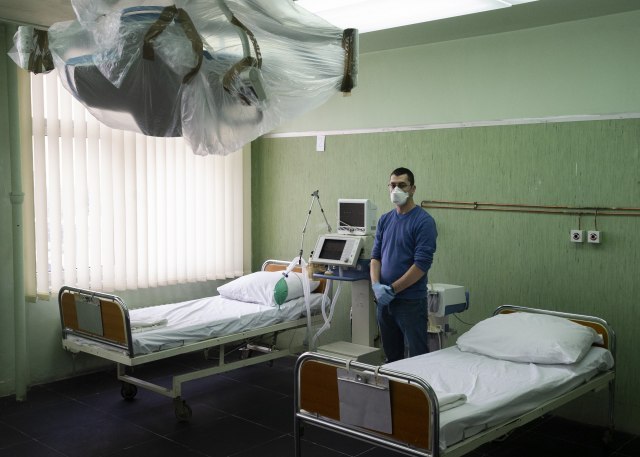 He stated that there are currently about 75 patients on the respirator.

Vekic said that the relaxation of the measures was initiated due to the smaller number of patients with severe clinical picture and that this is an indicator that the virulence of the virus had significantly decreased.

"With 3.700 hospitalized patients seven days ago, we came to 2.500 patients. Five days ago, there were about 150 on the respirator, today it is about 75. We are entering a more peaceful phase, we are going to calm the epidemic," Vekic told TV Pink.

He said that about ten days ago the number of people tested was increased and it was expected that there would be more patients.

He notes that caution is necessary, that social distance must be maintained regardless of the relaxation of measures.

He assessed that Serbian health system not only endured, but showed strength during the epidemic.

He points out that only a few years ago Serbia had ruined hospitals, and that today we have a new Clinic in Nis, renovated KBC Dragisa Misovic, renovated KBC Zvezdara and KBC Zemun.

"Practically through infrastructure arrangement, we were well prepared and ready to welcome everything that came our way. We have shown that we can fight an invisible opponent," Vekic said, adding that the health system worked on two tracks - the fight with the coronavirus, along with the regular fight against all other diseases.

During the epidemic, he said, there was solidarity among healthcare professionals.

Belgrade, Nis and Novi Sad suffered the biggest blow, but their colleagues from the interior came to their aid.

He said 650 health workers were infected, but many were also infected outside health facilities.

Serbia, he said, had implemented a serious policy designed by the Prime Minister, the Government, the line ministry, with everything necessary on its disposal to fight the virus - medicines, respirators, protective equipment for health workers.

"We were in a position to help Republika Srpska, not only with regard to appliances, but also with tests and medicines. Serbia, as a small country, was able to allocate equipment and resources and give it to the Italians," he said.

In Serbia, according to the latest data, 8.497 people were infected with the virus, 168 died from the virus, while 1.260 people recovered.