BELGRADE -- Belgrade Mayor Zoran Radojicic said this morning that it makes sense to expect the curfew to start earlier next weekend, and to last longer.

BELGRADE -- Belgrade Mayor Zoran Radojicic said this morning that it makes sense to expect the curfew to start earlier next weekend, and to last longer. 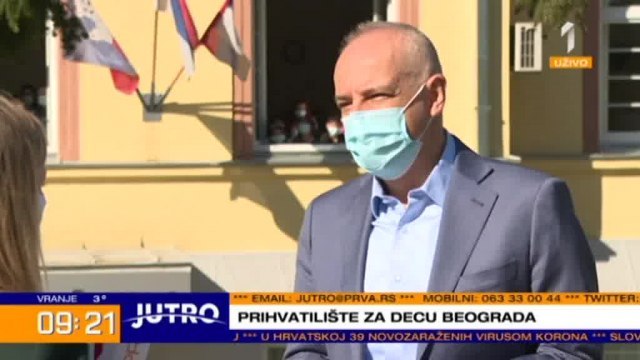 He stated that the decision on this, as well as on behavior during Orthodox Easter, will be made by epidemiologists and experts together with those in charge.

"It makes sense to expect that, since this weekend has been successful and we should not relax in this period when the danger is still threatening, I believe that together with epidemiologists and experts we will all make a decision on how to act in the next few days during the Easter time and that the measures will be adequate and well prepared", the mayor told RTS.

He added that he did not believe there could be an escalation of the situation with the sick and a sudden leap in the number of infected in the coming period, but said that attention should be paid on all levels.

In this regard, he stated that 350 seats out of a total of 2.200 were filled at the Belgrade Fair, which was turned into a temporary hospital.

"We have 360 seats in the Arena, a little less than 150 in the Sports Hall. We have enough capacity at the moment and I do not expect that more seats will be needed than we currently have, but if the need arises, we will be ready," Radojicic said.

He said that 106 people violated the restraining order last night, while there were a few more last week, adding that the City of Belgrade is functioning well in difficult conditions.

"We have 1.200 communal workers on site," Mayor concluded, taking the opportunity to wish happy Easter to the worshippers of the Catholic and Protestant religion.