In France, a record number of people died from a new coronavirus on Tuesday - as many as 499, health authorities said

In France, a record number of people died from a new coronavirus on Tuesday - as many as 499, health authorities said 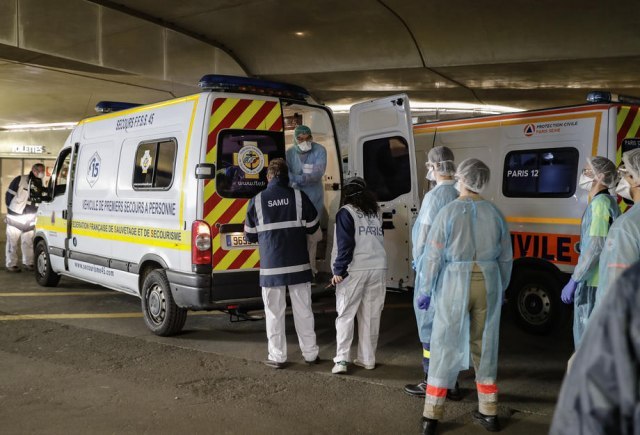 According to the BBC, authorities plan to move critically ill patients from Paris to less affected regions.

In France, according to worldofmeters, 52.128 people have been infected with the Covid-19 virus so far, with 3.523 deaths and the third in Europe, and fourth in the world, just behind Italy, Spain and the United States.

For three days in a row, the number of people infected in France has been increasing, although the authorities of the country have been trying for three weeks to slow the spread of the disease, France 24 reports.

The Health Agency Director, Jerome Salomon said 2.827 people were in a serious condition, needing life support, up 12% compared to Tuesday and meaning that more than one third of France's 8.000 beds equipped with ventilation gear are occupied, adding that only those who died in hospitals were registered, but that the number would be much higher when we add those who died in retirement homes.