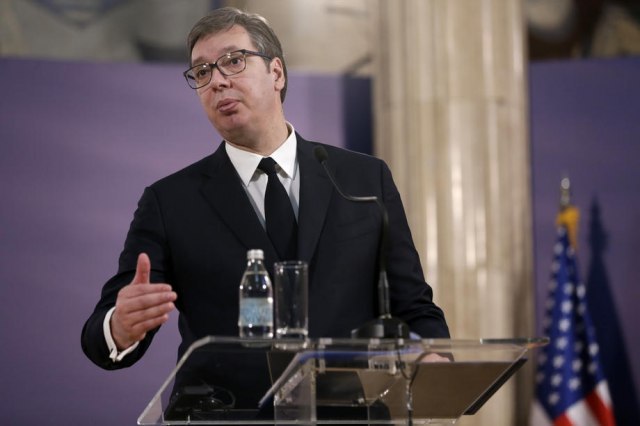 "We will take measures and ban the entry of people from certain countries or affected areas for a short period: from northern Italy, parts of Switzerland, South Korea and certain provinces of China, as well as from Iran ...", Vucic said.

Vucic said on Television Kopernikus that the state would take other necessary measures.

We can expect the number of sick people to rise, Vucic says, because it cannot be stopped, but the state will do everything possible to keep that number as low as possible and protect the citizens.

He said that Italy had done everything it needed to do, but still 360 people succumbed to the virus, and in Serbia, only two are currently infected, nevertheless, there are those who accuse the authorities of not organizing the health system in this situation.

However, World Health Organization praised Serbia, the president said, pointing out that there was no reason for panic, but that caution should be exercised.

"We need to act cautiously and responsibly", Vucic said, adding that the outbreak is being taken seriously.