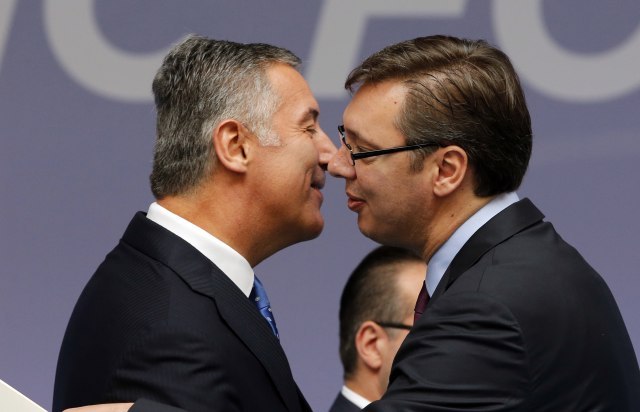 The two presidents also spoke about establishing better coordination in future appearances before the European institutions.

Vucic said that their positions and standpoints are very remote and that it is not possible to reach a common position on these issues. He added that the conversation was long, rather difficult and complex.

"At the same time, we spoke as civilized and responsible people, aware that Serbia and Montenegro should never be antagonized to each other and that it is necessary to continue talks as soon as possible, which would lead to further lowering of tensions and finding a solution", Vucic said.

He added that EU integration process was also one of the topics for discussion.

"We also talked about the European path of Serbia and Montenegro and agreed on improving coordination in future appearances before the European institutions, as well as continued talks on greater freedom and speed of flow of goods, people, capital and services in our region", Vucic pointed out.

Vucic spoke with Djukanovic in the course of a dinner party, hosted by the Israeli President, attended by several dozens of heads of state and prime ministers, ahead of tomorrow's commemoration of the 75th anniversary of the liberation of Auschwitz concentration camp.