CETINJE -- With top security measures, Christmas trees of the Metropolitanate of Montenegro and the Littoral, and non-canonical Montenegrin Orthodox church laid in Cetinje

CETINJE -- With top security measures, Christmas trees of the Metropolitanate of Montenegro and the Littoral, and non-canonical Montenegrin Orthodox church laid in Cetinje 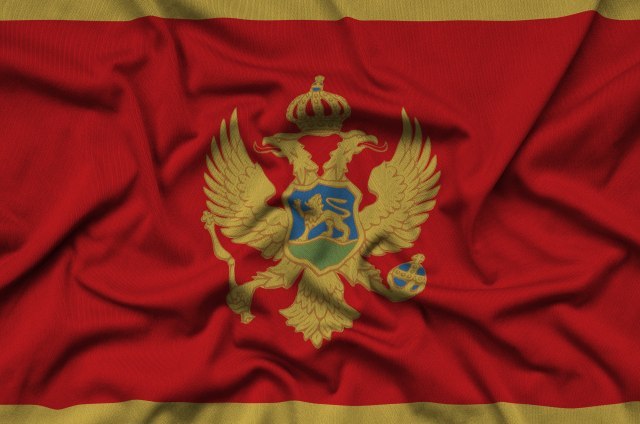 Representatives of the Metropolitanate laid a yule log in front of the Cetinje Monastery in the presence of a large number of citizens and believers, including Serbia's Ambassador to Montenegro Vladimir Bozovic and businessman Miodrag Daka Davidovic.

Strong police forces were set up between the two groups of the faithful.

The solemn ceremonies of lying of Christmas tree took place peacefully, with the increased presence of police and in the atmosphere of high tensions raised by the passage of the Freedom of Religion Act.

Metropolitan CPC Mihailo in his first reaction to the Law on Freedom of Religion, adopted late last year, congratulated the citizens of Montenegro with the assessment that Montenegro had waited for that law "for 50 years" and that it passed an act "that has already been adopted by the whole civilized world", in accordance with the strictest international standards, traditions and history.

"May the law be the basis of true religious freedom, justice and truth for the believers and all citizens of Montenegro. May it be a Montenegrin shrine and a holy place where everyone will find the enjoyment of basic human rights in a dignified and civilized manner", Mihajlo said.

Among those gathered in front of the palace were Montenegrin Parliament Speaker Ivan Brajovic and Podgorica's Mayor Ivan Vukovic, while national songs were sung and Montenegrin flags were flying; a folklore ensemble performed in the Montenegrin national traditional costumes.

At the invitation of Metropolitan Amfilohije, supporters of the SPC gathered at the Cetinje monastery, where the Bishop Metodije who was beaten by police in the night of December 27-28, after the adoption of the Freedom of Religion Act, had addressed them.

"He came from the hospital, from Military Medical Academy (VMA). He was there for ten days. He was beaten up with others at Djurdjevica Tara. He is a diocesan bishop, and this shows that this church has existed since the time of Emperor Constantine, not from yesterday", the Metropolitan pointed out.

Bishop Metodije, while addressing the people gathered on Christmas Day, said that "the people may be the only one at this time in the whole world who has recognized, and even unconsciously, taken to the streets for the sake of their mere existence, not only biological and physical, but also spiritual, knowing what is the meaning of life".

"Our ancestors have raised their voices, they brought us together the life of Saint Basil and Saint Peter of Cetinje, they took this wonderful people to the streets, tens of thousands. That's why I'm glad, because I saw the greatest miracle in my life that happened in our country; perhaps, this is the only miracle in the world at the moment. This is what we need to preserve and sustain in order for Christ to be born in our hearts", he said.

In front of the Cetinje Monastery, along with supporters of the SPC, were Serbia's Ambassador to Montenegro Vladimir Bozovic, leaders of the opposition Democratic Front and Democrats. This rally was held without state or party symbols. At 6 pm tonight, Metropolitan Amfilohije in front of the Temple of Christ's Resurrection in Podgorica attends a Christmas Eve when the yule log will be laid.