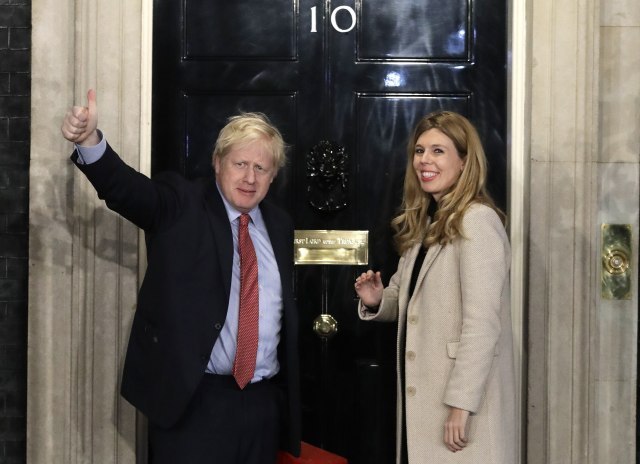 "Let's get Brexit done on time, by January 31, no ifs, no buts", Johnson said in addressing his supporters in London.

He stated that the largest conservative majority since the 1980s means confirmation that Britain's exit from the EU represents the will of the British people.

The British Prime Minister said his government must represent "every corner" of Britain.

Johnson also said the Conservatives have made great strides and have "unlock the deadlock".

Britain will now be able to "do Brexit," Johnson said, using a campaign slogan.

Johnson ended his speech in a humorous tone, saying: "But first, my friends, let's get breakfast done", the BBC reports.

According to the latest election results in Britain, Johnson's Conservatives won at least 363 of the 650 seats in parliament, securing a majority.

Speaking after securing a resounding win in the UK #ElectionResults2019, Prime Minister Boris Johnson says it should end talk of a second EU referendum. https://t.co/PJa0onUV3r pic.twitter.com/znj4dilgeK