BELGRADE -- Vice-Chairman of the SNS Main Board Milos Vucevic will file today a criminal complaint against President Aleksandar Vucic and his brother, Andrej Vucic

BELGRADE -- Vice-Chairman of the SNS Main Board Milos Vucevic will file today a criminal complaint against President Aleksandar Vucic and his brother, Andrej Vucic 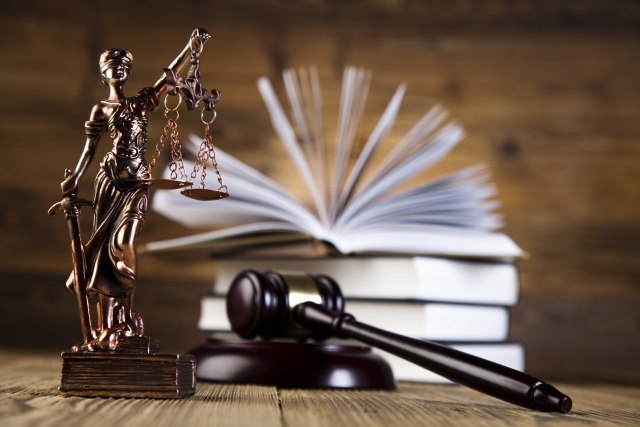 As explained earlier, complaints will be filed for allegations of their association with the owner of the "Jovanjica" property where the marijuana was found. Vucevic will file a criminal complaint with the Republic Public Prosecutor's Office today at 10 a.m., SNS reports.

Earlier today, Vucevic stated that a criminal complaint was drawn up against the president and his brother over the "Jovanjica" case and said that it would be clear to everyone in Serbia what is the truth about this affair.

"This criminal complaint comes down to the point that no one has legal right not to react, on the contrary, we should launch necessary procedures, and make it clear to everyone in Serbia what is the truth about "Jovanjica" - is it true that someone from the ruling authority assisted and participated in it, whether there were any involvement of Aleksandar and Andrej Vucic or whether those who were presenting these allegations were lying and harassing the public, and I believe that they then have to bear the consequences for such behavior", Vucevic told RTS.

Vucic: The point is to see who is lying

President Vucic announced on Friday that Vucevic would file a criminal complaint against him and his brother on Monday, and that it would show the citizens what kind of liars are those who spread such rumors.

"I try to answer once, twice, but, it doesn't make sense to do it 500th times. You have to stop once and show people who's lying", he explained on TV show "Hit Tweet" last night.

He said that was the point of submitting a complaint and that citizens would be able to hear the truth about everything in seven to 15 days. "Here is a criminal complaint, so let us know what conclusion you have reached", Vucic said.

However, Vuk Jeremic, the President of the People's Party, believes that a complaint against President Aleksandar Vucic and his brother Andrej that Milos Vucevic will file today, should be accompanied by a complaint against their father, Andjelko Vucic, as he says, for "trading in influence".