JAPAN -- Serbian women handball players beat Germany 29:28 (19:17) after the spectacular final of the second round of the World Cup Main Stage!

JAPAN -- Serbian women handball players beat Germany 29:28 (19:17) after the spectacular final of the second round of the World Cup Main Stage! 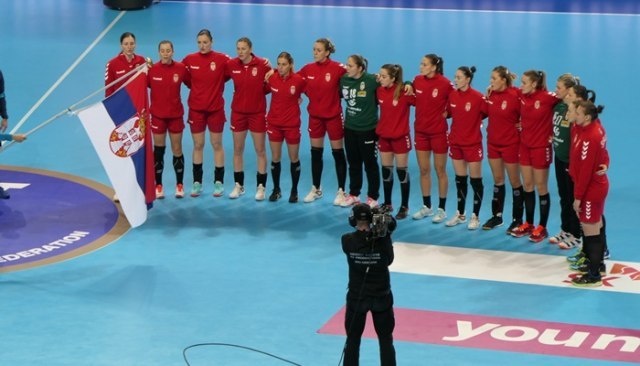 After Serbian women players dropped five goals advantage in the first half, for the most part of the second, they have chased Germany, to celebrate in the end with a goal by Kristina Liscevic by seven-meter penalty shot at the last second!

With this second victory of Serbia within Group I, they will get the second chance to compete in the World Cup semifinals in Japan in the last round!

The Eagles have four points, one less than Germany, with Netherlands and Norway playing Denmark and South Korea.

If the Danes and Koreans win, then Serbia will have a chance to win a place in the medal battle in Japan in the last round.

Serbia was led to an impressive victory by Dragana Cvijic who scored seven goals with just one miss from the game.

Serbia plays with the selection of Denmark in the third, final round of the Main Round, on Wednesday from 10 am CET.

The 24th edition of World Women's Handball Championship is held in Japan from 30 November to 15 December, 2019.