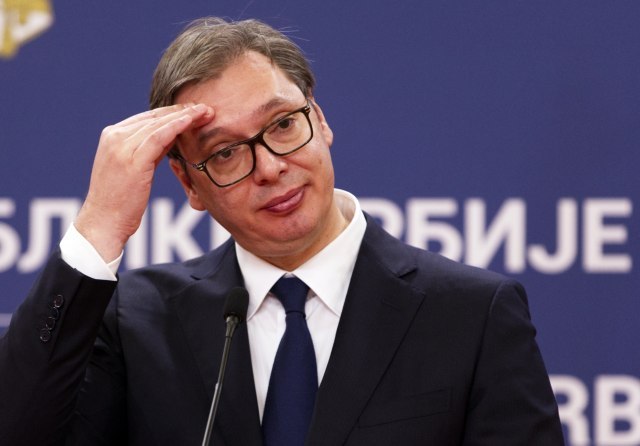 Yevgeny Primakov Jr., in his capacity as a journalist, arranged an interview with the office of the President of the Republic of Serbia this spring, on behalf of Russia-24, a state-owned Russian-language news channel.

However, as Blic reports, in the course of the interview, Primakov changed the subject and offered President Vucic to form a technical government with Alliance for Serbia leaders Dragan Djilas and Bosko Obradovic.

According to the newspaper, Vucic interrupted him immediately, saying that the offer was indecent and that they had nothing more to talk about, and then he told his associates to escort the guest.

Since Vucic smoothly rejected his proposal, Primakov is now stepping up pressure and campaigning against Serbia on his television, ahead of the Serbian President's talks with Vladimir Putin in Sochi, "Blic" reports.

In a TV show that he hosts, Primakov has dealt with the issues such as espionage affairs in Serbia, arms export deals and the influence Russia exerts on Kosovo and Metohija.