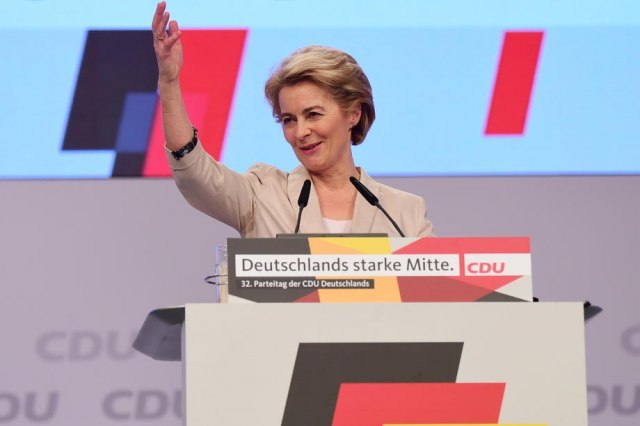 Ursula von der Leyen stated that she is pleased to have experienced diplomats such as Josep Borrell and Olivér Várhelyi on her team, who will promote and protect EU interests and support EU partners.

"We will strengthen our partners through cooperation, because strong partners make a strong EU", says von der Leyen.

In addition to the Western Balkans, which was the first point in presenting the program of the new European Commission, von der Leyen focused on climate protection, the EU's role in foreign affairs, EU trade and economy, digitalization and innovation, arguing that Europe can shape the global order, putting climate change and migration at the heart of her strategy for the next five years.

Europe "can be the shaper of a better global order," she said. "This is Europe's vocation, and it is what European citizens want". "The countries of the East, West, South and North need a real partner in the EU", von der Leyen concluded.

Von der Leyen said that the EU was not only about politics, laws and the market, but that people and their aspirations for freedom, values and a better future were at the forefront.

"Over the next five years, we will work hard in order to transform every part of our society and economy", the future EU President said.

Ursula von der Leyen told MEPs that the EC had put together a great EU team and to ask Parliament for support for a “new start to Europe”.

Following her speech, at around 12 pm CET, the Parliament will vote on the new commissioners.

If it receives the expected "green light" of the European Parliament, the European Commission will take office on December 1, 2019.