GENEVA -- "Mini Schengen is a promising initiative and has our support”, Matthew Palmer said in Geneva

GENEVA -- "Mini Schengen is a promising initiative and has our support”, Matthew Palmer said in Geneva 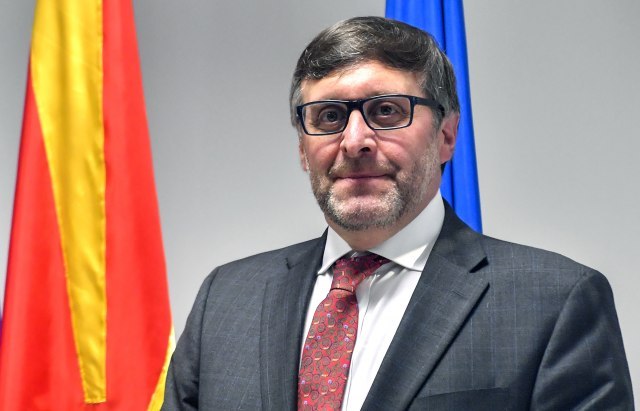 "The European perspective of the Western Balkans, which has been the basis of US engagement in the region for more than 20 years, has not changed and will not change", Matthew Palmer, US Deputy Assistant Secretary of State and US Special Representative for the Western Balkans said.

"That is exactly why the European Council's failure to reach consensus on opening negotiations with North Macedonia and Albania has been so deeply disappointing, but it issue is not resolved yet. We hope that the European Council will be able to revise its stance and make progress at the leaders' meeting in Zagreb, reach the necessary consensus and begin this important process, sending an important signal to the region", Palmer said.

"Meanwhile, as the US takes on a larger role in the Western Balkans and the EU is at risk of being perceived in the region as withdrawing, the region itself is taking over the initiative. Serbia, Albania and North Macedonia's commitment to improving co-operation through an initiative called 'mini Schengen' show that leaders in the region are taking responsibility for their own destiny, controlling their own future", a US official noted.

According to him, the structure of this initiative is open, there is room for Montenegro, Bosnia-Herzegovina and Kosovo.

"It is a promising initiative, and it has our support and we are committed to working in partnership with the leaders of the Western Balkans to make progress", Palmer concluded.

To reiterate, on the initiative of Serbian President Aleksandar Vucic, North Macedonia's Prime Minister Zoran Zaev, and Albanian Prime Minister Edi Rama, recently signed a declaration of intent to establish a "Mini Schengen" between the three countries in Novi Sad.