LONDON -- The European Union will delay Brexit until February 2020, if Boris Johnson is unable to get his deal past MPs this week

LONDON -- The European Union will delay Brexit until February 2020, if Boris Johnson is unable to get his deal past MPs this week 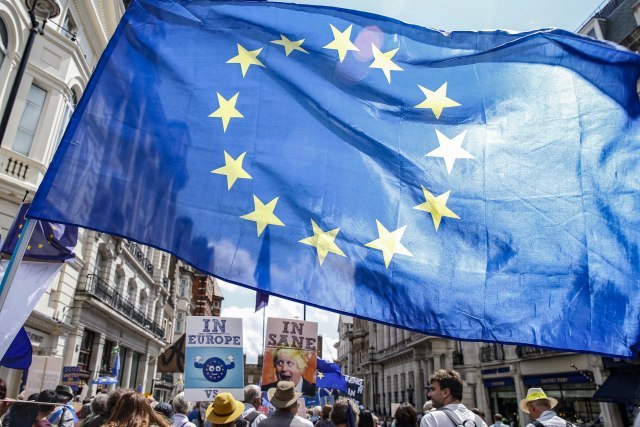 As "Index" reports, referring to Sunday Times, the delay would be “fungible” meaning that Britain could leave earlier, on the 1st or 15th of November, December or February, if his deal is ratified before the extension ends, Sunday Times writes, referring to diplomatic sources.

This London based paper reports that no decision will be taken until EU governments can assess the chances of the withdrawal treaty getting through parliament, not before Tuesday this week.

A European source has revealed that he thinks the situation in Britain is "very unclear" and that the EU does not want to take a decision to postpone Brexit out of concern that the British Parliament may ratify the agreement in the meantime.

He did not rule out the possibility for both parties to carry out the ratification by October 31, but in that case a "technical" delay could also occur to bring the process to an end.

The agreement should be ratified by both the British and European Parliament.

It was unlikely that the EU’s 27 remaining member states would refuse Britain’s request to delay once again its departure, given the impact on all parties of a no-deal Brexit.

European diplomats and officials on Sunday revealed in Reuters that, depending on developments in London, delay options vary from one additional month to the end of January, to six month period or longer.

They "took note" of Johnson's request for a delay on Saturday, and European Council President Donald Tusk will consult with European leaders in the coming days.