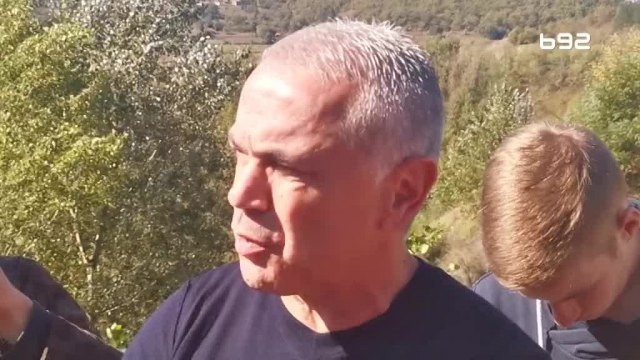 Belgrade club delegation was not allowed to enter Kosovo and Metohija in order for its players to play the Serbian Cup match against Trepca from Kosovska Mitrovica.

"We all saw what happened, we came only to play football, and for sports sake. Despite FIFA's decision that the match should be played on Kosovo, Kosovo institutions banned the match. I was at the head of the convoy, I asked them why we were prevented from entering. When I asked why, they told us it was decided by Kosovo authorities and that's it".

He pointed out that Red Star intended to "make a sports holiday".

"We were prevented from doing this, I regret it. We will probably play the match on Thursday, somewhere in Belgrade. We'll see. I feel sorry that people here have been denied a major sports event. Kosovo institutions have shown that this was only a farce and a lie. Although they asked to join FIFA and UEFA, they proved that they don't respect anything", Terzic said, adding that "Nothing that they do is in the fair-play spirit".

"It was our duty to come. We are all aware that Trepca is playing its matches there, and there was no reason not to play this one there. This is major diplomatic victory of Serbia, Serbian Football Association and Red Star", Terzic concluded.