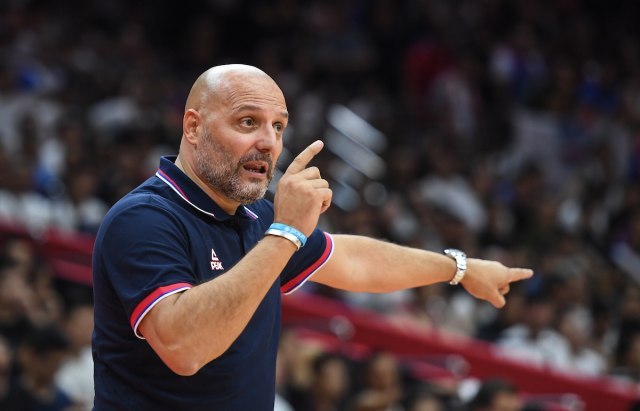 He had also commented on the overall course of the World Cup in China.

"Sleeping in the same bed for a few nights really helped us. All these trips and the way the competition was organized ... It didn't help us much. I believe my players took to the field wanting to compete, to show that they had experienced a tough loss, but that they are a good team of players. That was all I was saying to them in view of motivation, to stick together even when things didn't go the way we wanted", Djordjevic said.

The media was interested in commenting on his earlier statement that "God should help America if it meets with Serbia."

"If you take away the irony from my arsenal of weapons as a trainer, then I don't have much left. That was not offensive. On the contrary. I said this to instill assurance and self-confidence into my players. I don't believe I offended anyone, every competitor is free to speak what's on his mind. Maybe today we confirmed a bit what I had said", Djordjevic concluded.

The Serbian national team defeated the United States in the playoffs for the 5-8 place and will meet the Czech Republic on Saturday.