ZAGREB -- President of the Independent Democratic Serb Party (SDSS) addressed the public, after sharp reactions to his statements following the attack on Serbs in Croatia

ZAGREB -- President of the Independent Democratic Serb Party (SDSS) addressed the public, after sharp reactions to his statements following the attack on Serbs in Croatia 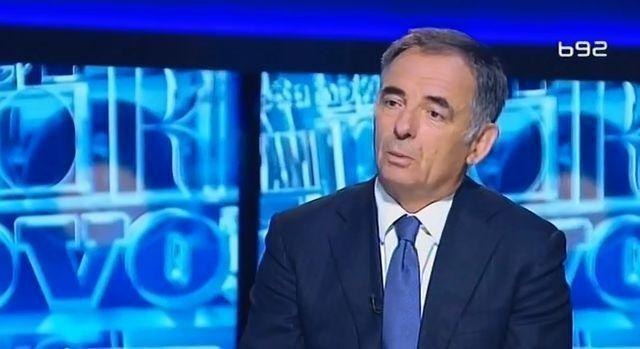 Milorad Pupovac had read a statement in which he said that since August 23, when the last press conference was held with regards to the series of attacks on the Serbs, his concern for the rise of hatred towards the Serbs in Croatia annoyed lots of people.

"Some were particularly bothered by my fear that this can lead today's Croatia to a state of hatred characteristic for the age of the quisling NDH (Independent State of Croatia). The reactions are still there, so I came here, in front of you, encouraged with those reactions, as my fears and concerns are today less intense than a fortnight ago, as there were never so many condemns and distancing of present-day Croatia from NDH", Pupovac said.

I believe that many people think that today's Croatia should have nothing to do with the ideology of hatred and violence, and if there are something like that elsewhere, it should be eradicated, he said, encouraging all people in Croatia to jointly eliminate all Ustasha letters from the traffic signs, as well as to punish the chanting of the rhyme "Za dom spremni" ("Za dom spremni" was a salute used during World War II by the Croatian Ustaše movement. It was the Ustaše equivalent of the fascist or Nazi salute "Sieg heil").

Still, when asked by the press whether he will apologize for the statements that he had given, that caused so strong reactions, he said that he was also called names, among others Chetnik and a killer, and that he had never asked for an apology, Pupovac concluded.

He pointed out that this is a part of political struggle through which, as he said, he has to go. President of the Independent Democratic Serb Party (SDSS) said that this party still hadn't made decision on whether they will leave or remain in the ruling coalition, and that it will be discussed on today's sessions of the party, as well as during the talks with the coalition partners in the forthcoming days.