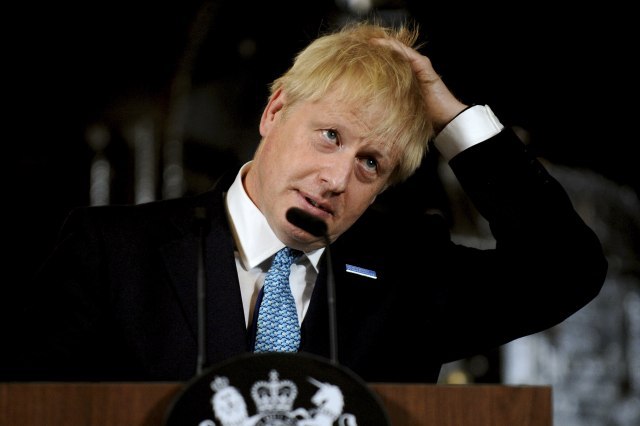 He specified that if this is not the case, UK will exit EU without an agreement, Johnson's spokesperson stated.

"Prime Minister is willing to sit down and negotiate, as soon as their position changes", his spokesperson said, Reuters reports.

UK prime minister Boris Johnson set up a "war cabinet" of six senior ministers over the weekend to make decisions on Brexit, and is also preparing for a no-deal emergency budget, ministers said, as conveyed by portal EU Observer.

The government in London is working on the assumption that the EU will not renegotiate the Brexit deal, and is preparing to leave the bloc without an agreement, Reuters reported and EU Observers informs.

Johnson said last week that unless the EU dumps the Irish "backstop" part of the deal (an insurance policy negotiated by the UK and the EU to prevent a hard border on the island of Ireland after Brexit), the UK will withdraw its membership without a deal.

Michael Gove, the new minister in charge of no-deal preparations, wrote that an agreement might not be struck with Brussels by October, when the UK will leave the EU by default on October 31, with no further delay.

Gove said Johnson's government will make intensive efforts to secure a better deal from the EU.

"We still hope they will change their minds, but we must operate on the assumption that they will not... No deal is now a very real prospect and we must make sure that we are ready," Gove wrote in The Sunday Times newspaper.

Sajid Javid, former MEP and new chancellor, told the Sunday Telegraph there would be "significant extra funding" this week to get Britain "fully ready to leave" the EU on 31 October, with or without a deal.

He added that preparations would include financing Britain's biggest ever public information campaign to prepare business and citizens.

The new home secretary, Priti Patel, who is not in the group, wrote in the Mail on Sunday that she would stop the "automatic right of entry for EU citizens, with or without work".

The Sunday Times said that Vote Leave campaign mastermind Dominic Cummings, now a senior advisor to Johnson, told the prime minister's advisers that they have to deliver Brexit "by any means necessary".

The media offensive of ministers over the weekend can also be seen as putting pressure on the EU, as the bloc has so far said there would be no renegotiations of the exit deal, it is conveyed by EU Observer.

Johnson is heading to Scotland today, which voted strongly to remain in the EU, with his Conservative Party's Scottish leader Ruth Davidson, who is firmly against a no-deal Brexit.

Meanwhile, former finance minister Philip Hammond, who quit last week before Johnson took office, held talks with the opposition Labor party about how to stop a no-deal Brexit, according to media reports.

Over the weekend, the Confederation of British Industry (CBI) has warned that neither the UK nor the EU is ready for a no-deal Brexit on 31 October.

The CBI report found companies in 24 of 27 sectors in Britain would be disrupted by a no-deal Brexit in the short or long term, with smaller firms less ready than bigger ones.