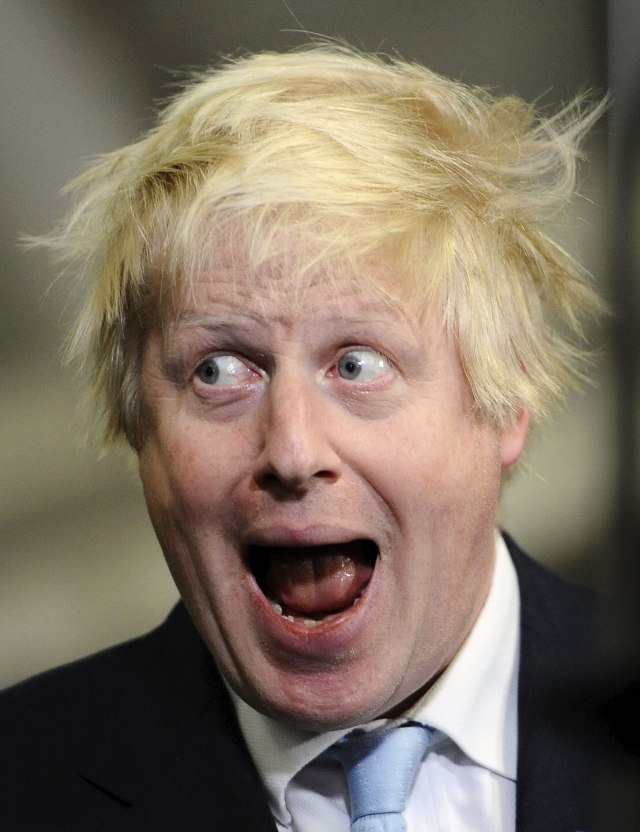 Associated Press journalist published this upon hearing the results of the voting of Conservative Party.

Johnson is rather an untypical politician, starting with his appearance and attitude, while numerous scandals are associated with his name.

Johnson is a controversial figure within British politics and journalism. Supporters have praised him as an entertaining, humorous, and popular figure. Conversely, he has been criticized by figures on both the left and the right, who have accused him of elitism, dishonesty, laziness, and using racist and homophobic language.

Unlike his runner-up on the party elections, a wealthy representative of British elite Jeremy Hunt, Johnson had taken up many posts prior to entering into politics.

After graduating Classics on Oxford University, he started his career in journalism. He began his career in journalism at The Times, but was sacked for falsifying a quotation. He later became The Daily Telegraph's Brussels correspondent, with his articles exerting a strong influence on the growing Eurosceptic sentiment among the British right wingers.

Boris Johnson served many political roles, he was Mayor of London in two consecutive terms, from 2008 to 2016, followed by assuming the position of the UK Foreign Affairs Minister for the next two years (till 2018).

U.S. President Donald Trump supported Johnson in his run as Theresa May's successor, but despite this fact, Johnson disagreed with Trump's decision to ban Moslem states' citizens to enter USA.

Due to Trump's support, and their similar hair styles, Johnson is called "Britain's Trump".

However, they don't have only haircut in common. Namely, like Trump, Johnson is known as a politician who does not avoid controversial issues, who brings controversial decisions, including issuing public disturbing statements.

Johnson was a prominent figure in the referendum on Britain's membership in the European Union, becoming a leading figure in the successful Vote Leave campaign. Later on, he supported negotiations with Brussels, refusing the idea on paying "the bill" for exiting EU, amounting to GBP 39 billions, known as Chequers Agreement.

Johnson participated in diverse scandals. He found himself at the center of attention last year when it became known that his wife Marina Wheeler, a barrister, writer and columnist, had kicked him out of their house due to his adultery, after 25 years of marriage. The worst thing was that this was not the first affair on his record - there are five known extramarital affairs.

He got divorced after his affair with Carrie Symonds had been revealed, while the new scandal followed when the neighbors called the police when he quarreled with his new girlfriend in her house.

Among the numerous scandals, there is Belgrade related one. Namely, in time of his Foreign Affairs Minister term, Johnson was strongly attacked in London because he used Belgrade visit to promote his book in Knez Mihailova Street, the media carried out.

His father is of Turkish origin - Johnson's paternal great-grandfather was Osman Kemal, later named Wilfred Johnson, while his grandmother is descendant of the King George II. In reference to his varied ancestry, Johnson has described himself as a "one-man melting pot" – with a combination of Muslims, Jews, and Christians as great-grandparents.