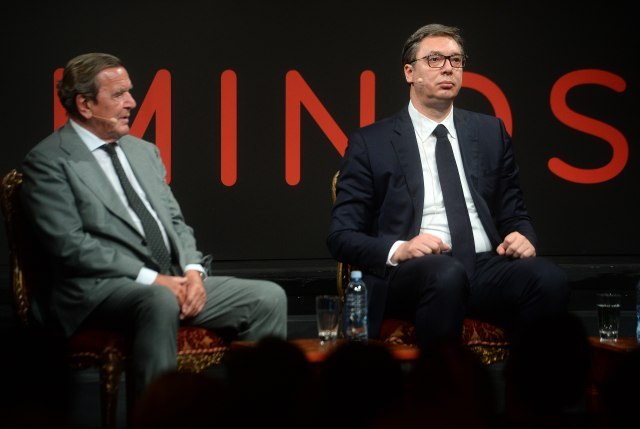 Asked by Marc Walder, director of Ringier, what his memories of the bombing period were, Vucic said that it was certainly a bad decision and said that we must forgive, but that we cannot forget.

"It would be easy to criticize Schreder and say that it was a bad decision. Many civilians were killed in NATO bombing, innocent people, we must forgive, we cannot forget, but we have to continue. We need to create an economically prosperous country. We all want to see progress, and you Marc know that figures show that we are making excellent economic progress," the Serbian president said, Blic reports.

The question for the former German chancellor was that 20 years had passed since the NATO bombing, and what led them to take that action against Serbia, Schroeder said it was a very emotional decision.