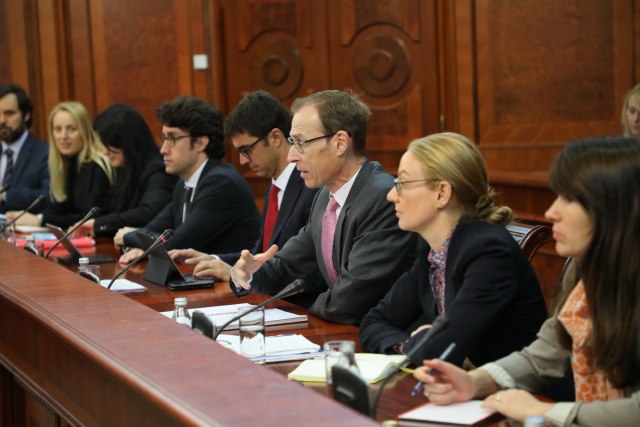 The prime minister informed the head of the IMF mission that the GDP growth projection for this year remains 3.5%, and specified that the biggest growth in the first months of this year is the construction sector, which is even more than 13% in relation to the same period last year.

Brnabic stressed that the value of the new investment cycle for infrastructure projects in Serbia will be more than EUR 8 billion.

He pointed out that it is necessary to create more fiscal space for greater investment of the domestic economic sector, which would significantly increase GDP growth and strengthen the private sector.

The officials concluded that it is necessary to work more on preventing the outflow of professional staff from Serbia, which, according to the head of the IMF Mission, is a common problem for all countries in the region.

Brnabic announced that, as part of the strategy of returning our people living and working abroad, the Agency for Circular Migration will be established, which should provide them with all the necessary support on this issue.

The Serbian government is intensively working to prevent corruption at all levels, she explained, adding that the anti-corruption law is currently in parliamentary procedure.

According to Brnabic, due to efficient eGovernment, the possibility of corruption has been significantly reduced and greater transparency of the state apparatus has been made possible.

The prime minister stressed that the state placed a special emphasis on preventing the gray economy, referring to the new application eInspector, which began operations earlier this year, which will enable networking of all inspections and better monitoring of the work of inspectors.

She announced that from September this year the implementation of a unique educational number will start, which should enable students to follow during school, but also the efficiency and operation of educational institutions.

Also, students and their parents will, thanks to information in one place, be able to learn everything about the desired educational institution, employment opportunities and how much salary can be expected for certain educational profiles, the Prime Minister explained.