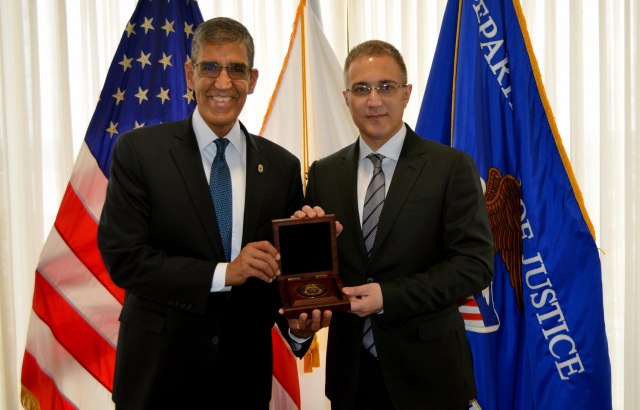 On that occasion Stefanovic talked with Uttam Dhillon, acting administrator of DEA, and his associates on improving the fight against drug trafficking, as well as on the cooperation of the Serbian police with members of this administration.

Referring to the importance of training of members of the Ministry of Interior in the fight against drug trafficking, Stefanovic suggested the possibility of improving cooperation in the field of education and training, with which the DEA officials accepted.

DEA representatives praised the results of the Serbian police in suppressing narcotics sales, noting that there was noticeable progress in this area, which can be seen through several successful and important actions of Serbian police officers.