Nikola Selakovic said on Wednesday that President Aleksandar Vucic "did not discipline anybody" at the Holy Assembly of the Serbian Orthodox Church (SPC).

Nikola Selakovic said on Wednesday that President Aleksandar Vucic "did not discipline anybody" at the Holy Assembly of the Serbian Orthodox Church (SPC). 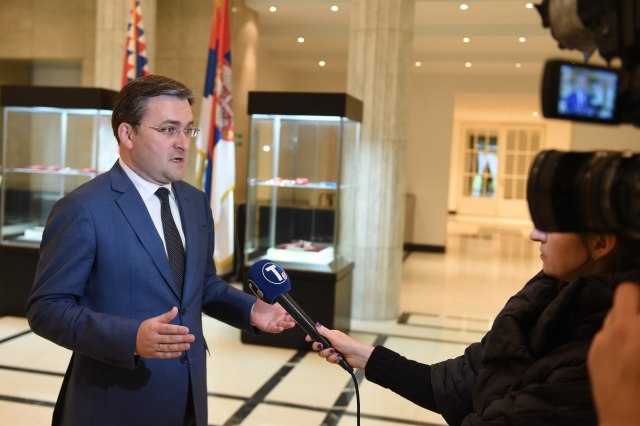 Selakovic also told the public broadcaster RTS that "a group of four to five bishops who held different views" presented their case, adding that Vucic "responded with arguments" - but that there was "no fierce quarrel."

He said that a considerable lack of knowledge of UN Security Council Resolution 1244 was exhibited by some bishops - and added that the idea of ​​"delimitation," which he said has been rejected, was also brought up during the meeting.

Selakovic said that Vucic told the bishops "at least five times" that he had not come to the SPC Assembly because he needed something, but to answer their questions.

Selakovic also commented on the front page of today's edition of the Belgrade-based daily Danas - that features the headline, "Vucic threatened bishops with papers from secret services" - to say this was "a notorious lie."

According to him, the only papers Vucic brought to the meeting were copies of UNSC Resolution 1244, the Brussels agreement, and a report on Serbia's spending in Kosovo.

Selakovic also said that information that most bishops were against the president's presence at the Assembly was "another lie."

Serbian Patriarch Irnej came out in support of Vucic after the meeting on Monday, saying that his position also represented that of the Church.