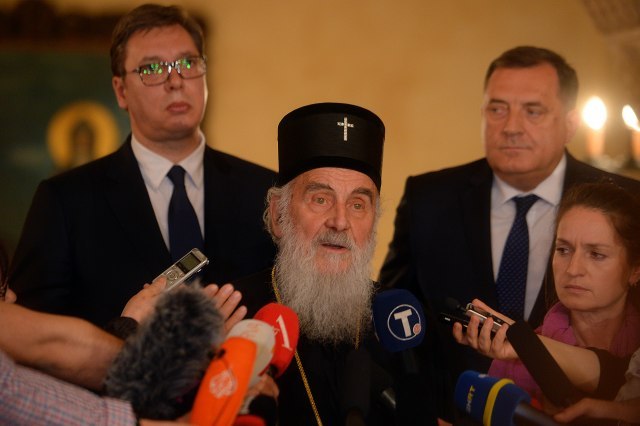 "This is not only my personal stance, but also the position of our Church's Assembly (of Bishops)," the patriarch clarified when asked by reporters, speaking after the regular annual meeting of the Assembly during which the president spoke with the bishops.

According to Irinej, it was concluded during the meeting that the situation in Kosovo and Metohija is very difficult and that it is very uncertain how a solution for the issue will be found.

Our love for Kosovo and Metohija is big, we will fight and we will not give up in the defense of Kosovo, he told reporters.

"To what degree will we succeed? We place our hope in God and history and our friends' help to achieve something. How much - remains to be seen, depending on the situation in the world and those who support us, and the other side."

The patriarch emphasized that he admired Vucic's energy, and that "our president is having very difficult conversations - and I pray to God to give him strength and wisdom to perform the role of president in the best and most useful way."