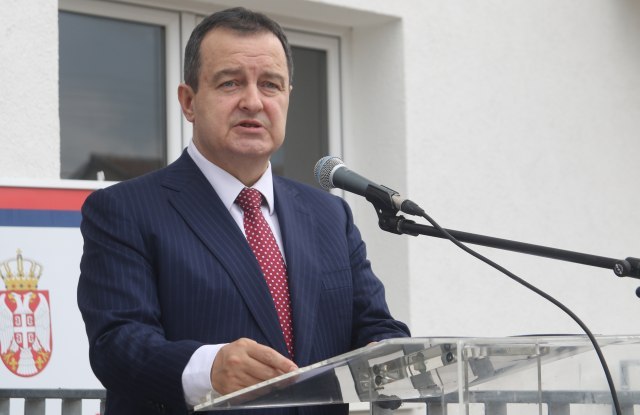 Dacic said that Serbia will do everything in its power, administratively and politically in terms of implementing reforms, to be ready for membership, and added that it will depend on the EU itself.

"Much dependent will depend on overcoming EU's internal problems caused by Brexit, but also some other processes - that is public opinion that is not overly in favor of enlargement," Dacic said, during a Q&A session with students of the Diplomatic Academy in Vienna, to whom he gave a lecture at the Serbian MFA in Belgrade.

One of these students, who comes from Croatia, asked Dacic whether he thinks that Croatia will help or hinder Serbia's EU path - as the latter had been the case between Slovenia and Croatia. Dacic replied that neighbors "rarely enjoy good relations" and that this was "the syndrome of small differences, but big conflicts" in the Balkans.

"I am constantly saying that we have nobody closer to us than each other, and that instead of focusing on conflicts, differences and problems, we should emphasize better relations. I think that relations with Croatia should develop in that direction, to define problems and solve them, to have as good as possible relations with Croatia, for the sake of the present and the future," said the minister.

He recalled that Croatia will next year hold the EU presidency (for six months) and that he expects this period be used to stabilize Serb-Croat relations. "Nobody can convince me that the Germans, the French and the English like each other the way they show it, but if they were able to create the Steel Community, we can also strengthen our entire region," Dacic said.

The minister also said that when he meets a Croat or an Albanian abroad during his business trips, they greet each other "as brothers" - and urged everyone in the region to do the same here in the Balkans.