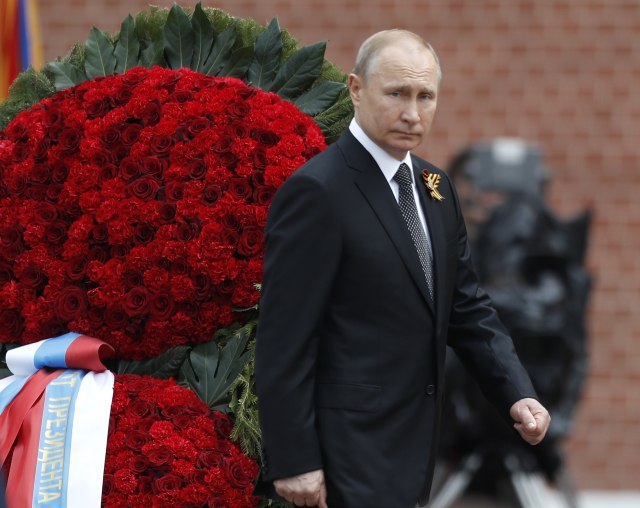 "We bow our heads before the memory of sons, daughters, fathers, mothers, grandfathers, husbands, wives, brothers, sisters, and grieve for the veterans who are no longer with us," the president said.

Putin said that the memory of the Great Patriotic war and the truth about it is "our conscience and our responsibility."

"Today we see how in some countries they are deliberately distorting the events of the war, how they are making idols of those who forgot about their honor and human dignity and served the Nazis, how they are shamelessly lying to their children and betraying their ancestors," Putin said.

The veterans of the Great Patriotic War are now living in different countries but their feat "cannot be divided," he said.

"We did and will continue doing all the necessary to ensure the high defense capability of our army, the defense potential of the most advanced weapons and to further strengthen the prestige of the military service, the prestige of soldiers and officers and Fatherland defenders," Putin stressed, adding that his country was at the same time open to cooperation with all those who are ready to combat terrorism, neo-Nazism and extremism.