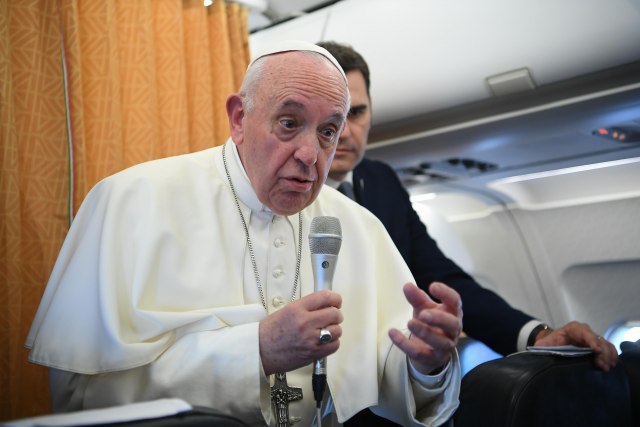 The head of the Catholic Church told him that this depended on the report of a mixed commission set up together with the Serbian Orthodox Church (SPC).

"Stepinac was a soulful man, that is why the (Catholic) Church beatified him. But at a certain moment in the process of his canonization, there were some unclear points, historical points," the pope said, and added:

"I prayed, I considered, I sought advice and I saw that I need to seek help from (Serbian Patriarch) Irinej. He is a great patriarch. Irinej helped, we created a joint historic commission, and we cooperated."

"The truth is both mine and Irinej's only interest. And not to make a mistake. What purpose would declaring (Stepinac) a saint serve, if the truth was not clear? That would serve no one," Pope Francis concluded.

The Serbian Church is opposed to the canonization because of the role of Stepinac in the Nazi-allied Independent State of Croatia (NDH) during WW2.