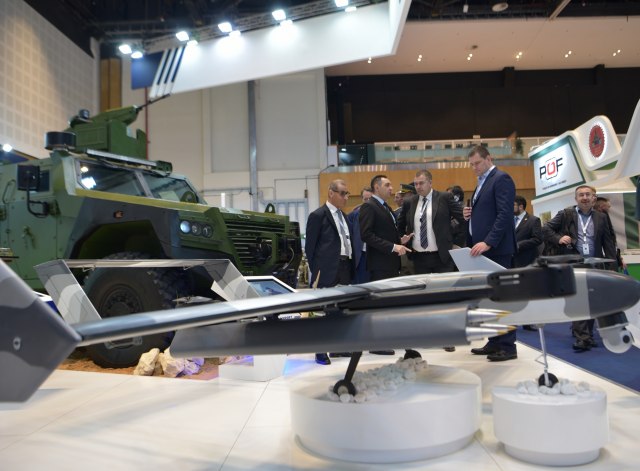 Minister of Defence Aleksandar Vulin, who heads a delegation of Serbia at the International Fair of Armaments and Military Equipment "IDEX 2019" in Abu Dhabi, said this event is an opportunity to see what Serbia can offer in the sphere of the defence industry.

Vulin pointed out that this primarily refers to the area of ​​the land army, announcing that the state will continue to invest in the defence industry, which in 2018 had export earnings by 13.9% in comparison with the previous year.

The Minister explained that part of the production programme of the defence industry of Serbia was presented at the stand of JP Jugoimport SDPR, adding that the great interest of foreign buyers is for the "ralas" rocket system.

He pointed out that foreign buyers are interested in drones and already traditionally well-known products – Nora B52 155mm caliber, various types of ammunition and smart ammunition.

Vulin is on an official visit to the United Arab Emirates at the invitation of UAE Vice President and Prime Minister Sheikh Mohammed bin Rashid Al Maktoum.