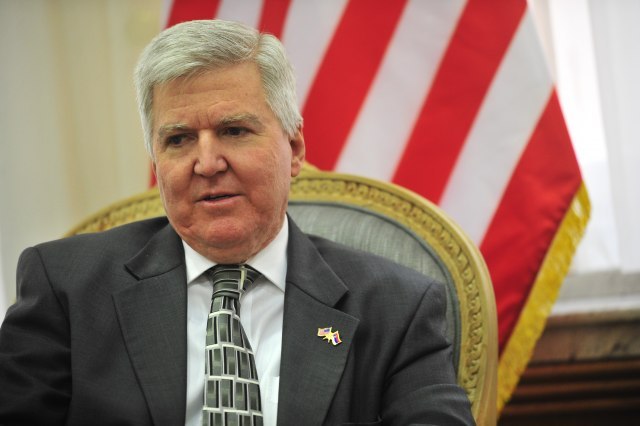 "I fully agree with Vucic, it is important that both sides return to the table and that the dialogue comes to a comprehensive solution. Tariffs (Pristina imposed on goods from central Serbia) are an obstacle. Trump told Vucic in his letter that there was a real opportunity to reach an agreement in the coming months, and not to miss the opportunity," said the diplomat.

He added that everything would have been resolved long - if that was so easy to do.

"Each agreement requires compromise from both sides. This cannot be imposed from outside, it must come from within and it should be an agreement that is lasting and implementable, not just on paper, but to be realized. We cannot make anyone, in the interest of Serbia and Kosovo, to reach an agreement. They should want to come back to the table and I think they want to," Scott said.

The ambassador also thinks that the term "border demarcation" has been given too much importance.

"It is clear that borders must be clear and this is an element of a comprehensive agreement, in addition to the issue of resource management, the rights of the Serb community, issues of payment transactions, missing persons, war crimes. However, one should know what the line is, where Serbia is, and where Kosovo is. The map of Serbia in the United States and the map of Serbia in Serbia are different," Scott pointed out.