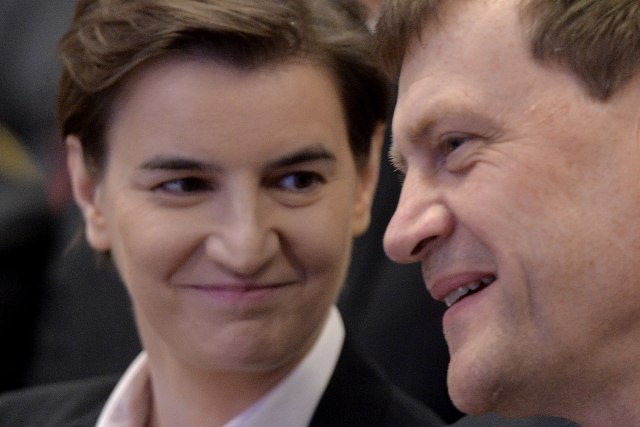 The meeting was also attended by Minister of Finance Sinisa Mali.

Brnabic and Roaf discussed the results to date within the framework of the program and concluded that quite a lot has been done in terms of achieving the goals set.

They especially pointed out that in 2018 Serbia recorded excellent macro economic results, and that further implementation of the arrangement with the IMF will additionally contribute to that.

In the previous year, GDP growth was 4.4 percent, a surplus of RSD 32.2 billion was recorded and the public debt currently stands at around 50 percent of GDP.

Roaf pointed out that the IMF kept its GDP growth projection for Serbia at 3.5 percent for 2019, and that it hopes that the regional and global economic situation, and above all the slowdown of some of the leading European economies, will not affect this outcome.

The Prime Minister stressed that Serbia is making efforts to strengthen IT and service sectors, research, development and innovation, along with the suppression of the grey economy and that all this together can greatly contribute to the growth of the Serbian economy.

The concrete plans for 2019 and 2020 and continued implementation of structural reforms were also examined at the meeting.

The new arrangement The Policy Coordination Instrument (PCI) will last until January 2021 and does not involve financial support, but rather is of purely advisory character.

The IMF mission will stay in Belgrade until February 5.