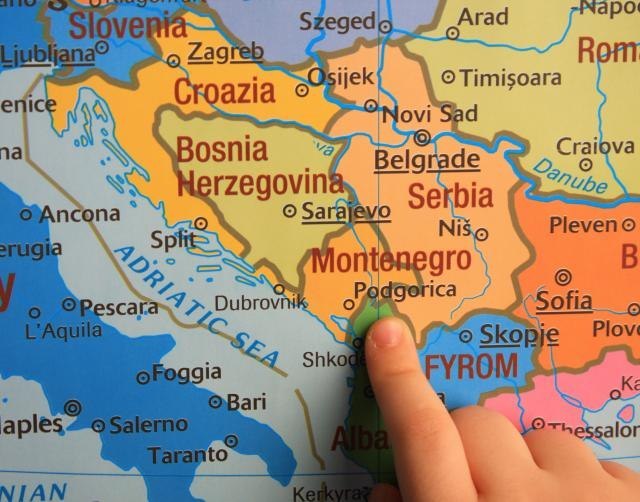 In an opinion piece penned for the New York Times, Krastev adds that "Europe's ideological rigidity is admirable, but it is also partly responsible for the region's paralysis."

Europeans saw the nearby tragedy not as a clash between states or nations but between two principles: the principle of ethnic nationalism, represented by Slobodan Milosevic, and the principle of multiethnic democracy, embodied by the European Union, he writes.

"In the Balkans the transition is over," Remzi Lani, an Albanian political analyst, told me some time ago, Krastev recalls, adding this "didn't mean a transformation from dictatorship to democracy - 'We transitioned from repressive to depressive regimes'. He was right."

"The old Communists and radical ethnic nationalists are largely gone; in their places is stagnation — economic, social and political. The question now is how these depressive regimes fit into a growing geopolitical rivalry," writes Krastev.

"A day before his recent visit to Belgrade, Serbia, President Vladimir Putin of Russia expressed his great displeasure with Macedonia’s name change and accused 'the United States and certain Western countrie'” of '“destabilizing' the region; the Russian foreign minister, meanwhile, denounced 'the willingness of the United States to lead all Balkan states into NATO as soon as possible and to remove any Russian influence in this region.' Russia wants to make clear that this is not what the people in the region want," he continued, and added:

"Watching Mr. Putin’s visit to Belgrade and listening to his rhetoric, one couldn’t help but conclude that the confrontation in the Balkans between the West and Russia is changing both in nature and intensity. In the last decade, Russia was actively defending its economic and cultural presence in the region, but it never openly challenged NATO or European Union hegemony. Not anymore."

At first glance, the Bulgarian expert observed, Russia’s ambitions seem unrealistic: "The Balkans remain firmly entrenched in the West: Greece, Bulgaria, Romania, Croatia, Albania and Montenegro are all NATO members and Macedonia is on its way - and every country in the region is either a member of the European Union or aspires to join it."

He also recalls that the EU is "far and away the region’s top trading partner, its biggest investor and the preferred destination for emigration. The conventional wisdom is that Russia might be a troublemaker but could hardly be more."

"The conventional wisdom could be wrong. Moscow has sensed a critical vulnerability in the West’s position in the Balkans: While in places like Ukraine the European Union has been perceived as a symbol of change, in the Balkans it’s seen as the defender of a status quo that may be ready for disruption," writes Krastev.

"Publics are frustrated and angry. Ethnic tensions are on the rise. Almost every country in the region has seen large-scale antigovernment demonstrations. Economic growth is sluggish in most places, misery is widespread and the depopulation of the region is dramatic: More than 40 percent of people born in Bosnia and Herzegovina have left the country; about 40 percent of those born in Albania and about 25 percent of those born in Macedonia have done the same."

He also cites polls that show a majority of people still sees joining the European Union as the best road to prosperity, the promise of European integration is losing its talismanic power.

"Not only does the European Union’s future look uncertain, but leaders like President Emmanuel Macron of France have made it clear that they will not spend political capital advocating for the integration of the Western Balkans. And yet, even as sentiment in the region has changed, the European Union is reluctant to change its approach to it. This is in part the result of bureaucratic inertia and a lack of political interest," Krastev states.

He also believes EU's rigidity in the Balkans stems from its fear of betraying its principles, as the wars in the 1990s in the former Yugoslavia "played a critical role in shaping the European Union’s post-Cold War political identity."