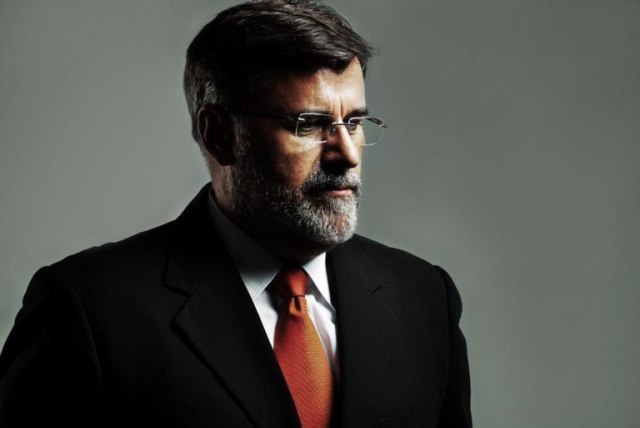 "I suggest that all the leading Serbian newspapers investigate, from the beginning and thoroughly, at least one story published by Zig Info on how the decisions are made and how the taxpayer's money is spent in the municipality of Grocka. It would be solidarity at work. We would thoroughly, each editorial office individually, go through everything that our endangered colleagues wrote about. Nothing would remain hidden from the eyes of the public," Matic, who heads the commission investigating murders of journalists, said.

As he pointed out, it is a public secret that provincial journalists and media, especially investigative ones, have a much harder time that those in Belgrade.

"The threats and violence are less noticeable and more quickly forgotten. Grocka is the best example. The editor-in-chief of Zig Info from Grocka, Zeljko Matorcevic, as well as journalist Milan Jovanovic, have reported the threats that they received over the past five or six years, but without reverberation and effect. A serious physical attack on Matorcevic in October was forgotten in just a few days, to be followed by a drastic attack on the property and life of Jovan Jovanovic and his wife," Matic noted, and added:

"The public was alarmed only then, and loudly supported the colleagues from Grocka, journalists started collecting assistance. True journalistic solidarity would be all of us writing about topics because of which the lives of our colleagues from Grocka are threatened, to illuminate with a huge spotlight everything that happened in Grocka in recent years. Serbian newsrooms can sit down and agree on who will deal with which topic, especially that have not met with responses from the competent authorities and that are the motive for the campaign against this editorial staff and journalists. (Malversations in the Municipality of Grocka, misuses committed by officials, cases of suspicious privatizations, illegal spending of taxpayer money...) If we organize and shed light on these stories, every corner of Serbia will know: whose who try to silence local journalists writing about the wrongdoings of the powerful with violence and threats, will get huge publicity in the media across Serbia. They will not hide anything: on the contrary, everything that was done, and why it was done, will be uncovered," Matić pointed out.

"I claim this based on the experience of the commission for uncovering crimes against journalists, of which I am president, in the case of my colleague Milan Pantic, correspondent of Vecernje Novosti from Jagodina who was killed in 2001, while those who ordered that murder and the perpetrators have not yet been brought to justice. The first thing that drew the attention of the journalistic part of the Commission was that in the investigation, nobody collected the articles published by colleague Pantic in Vecernje Novosti and in one local newspaper. When we collected and analyzed them, possible motives related to the privatizations that he wrote about and announced as clearly corrupt became clearly visible. If other media and journalists had taken over these stories after the assassination of Milan Pantic, followed up on them and investigated them to the fullest, of they uncovered corruption, it would be invaluable in seeding light on the motives and perpetrators of this murder, and perhaps it would have prevented the practice of powerful local people and tycoons who attack, threaten and destroy local editorial boards and professional journalism. Therefore, I appeal not to miss the opportunity in the Grocka municipality. I firmly believe that such practices should be introduced in other cases of attacks on journalists," Matic concluded.