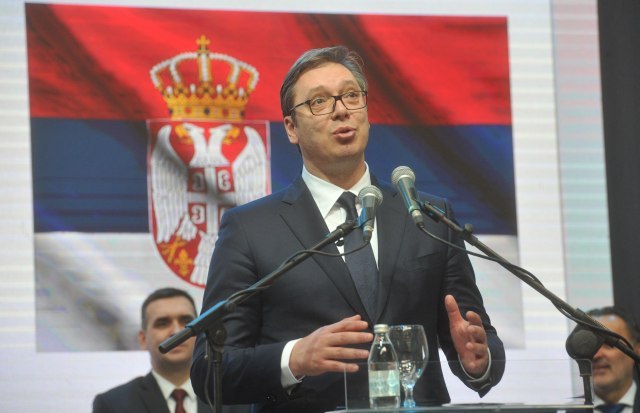 He added that he "always said it that Albanians are doing nothing on their own, but that the US is behind everything."

"Only we don't always have to say it openly. They have more allies in Europe, and that's why we have to reorient ourselves to factories and the future, to think how to win brains. And us militarily defeating America... don't. Once we tried, and we did not succeed. Although we were attacked then and it is known what I think about the aggression," Vucic said.

"It is high time to reconcile with the fact the United States has recognized the independence of Kosovo and that it is the end of the story for them. It is not realistic that Serbia can change the mind of America, as few and as weak as we are, we have to preserve ourselves," he said, and reiterated that Serbia's vital interest is in preserving peace and defending its national interests.

Speaking of the decision of Madagascar to withdraw its previous recognition of Kosovo as independent, Vucic said he was "very grateful to the government and the people of that country" and that this "confirms that Serbia can fight for its interests."

"Will it save us from all the pain and misery? Of course not. But thank you to that wonderful country, we will know to appreciate that in the future," he said.