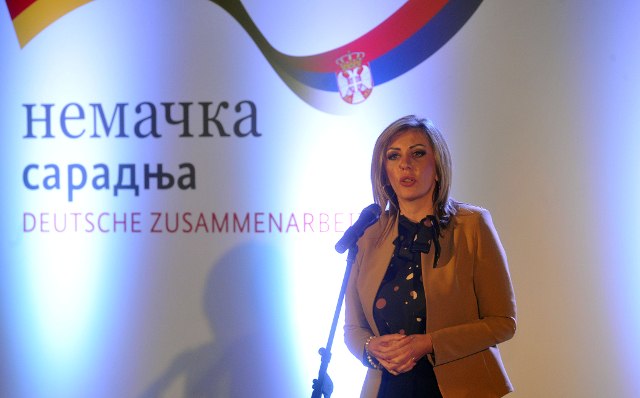 At the celebration of 18 years of development cooperation between Germany and Serbia, the minister for EU integration stated that some of those projects are those for the renovation and expansion of the capacities of the Bajina Basta and Zvornik hydroelectric power plants, introduction of district heating system in 21 municipalities, introduction of wastewater system in 24 municipalities and implementation of energy efficiency system in five schools in Serbia.

These are important things that help the sustainable development of cities and municipalities in the best possible way, the Minister said and added that it is not only about money, but also about the political message of Germany that it seriously counts on Serbia and wants our country to be socially and economically developed and close to European standards once it becomes an EU member.

According to Joksimovic, this is not only an expression of solidarity, but also a political decision to invest in those countries which are seriously considered as important, strategic partners, and to help their overall development.

Serbia has been using this support in a responsible manner, she said, adding that Germany, with all the political differences that exist, remains a reliable, stable and significant partner for Serbia.

The minister recalled that Germany is the largest single donor of development assistance and that German investors heavily invest in Serbia.

"Serbia is an important partner of Germany and a key state in the region," German Ambassador in Belgrade Thomas Schieb said at the event marking 18 years of Germany-Serbia development cooperation, as part of which Germany has backed Serbia with more than 1.8 euros in aid.

ince 2000, reforms aimed at sustainable economic growth, the environment and furthering of democracy and improvement of the state administration have been supported through various programmes in collaboration with the government, local institutions, the German development agency (GIZ), the country's development bank (KfW) and many partners.