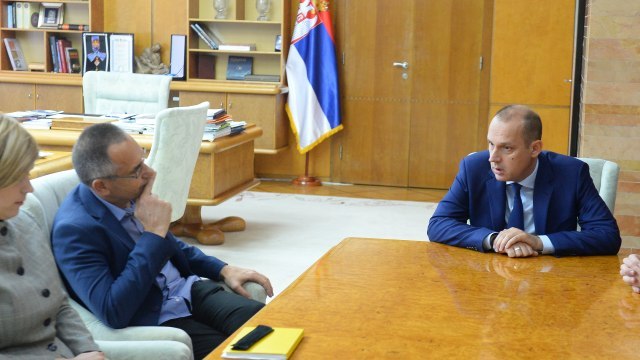 The minister pointed out that "the vast majority of doctors are doing their job responsibly and conscientiously, but there are individuals who have different interests" - while the goal of the state and the ministry is to "pull them out of the system and put them on a pillory, to be prosecuted and punished."

The minister also promised to personally sign criminal complaints against any health worker for whom there is evidence of involvement in corruption, "whether it happened ten or 15 years, or ten days ago."

13 years ago, while he headed the Clinical Center of Serbia's Emergency Center, Josifovski spoke out about some doctors "cooperating" with funeral homes, and about financial fraud taking place in that institution. Legal proceeding have since been launched against two doctors, but have not yet been completed.

The minister said today that he would raise the issue of the status of the Emergency Center cases dating back to 2006 and 2007 during the next session of the Serbian government.

Loncar said that he "does not want to exert any pressure on the judiciary - but the public has the right to know what is happening with those cases," adding that it is "only right that there is an epilogue, whatever it may be."

Josifovski thanked the minister for inviting him to the meeting, and for promising that any evidence-based corruption case in the health care sector would be prosecuted. He said he would consider Loncar's offer to join the Health Ministry's team.

Speaking about the recent Higher Court ruling in his favor as a whistleblower, Josifovski said it was "a milestone not only for the health sector, but also for the judiciary."

In 2005, Josifovski pointed out to state authorities that some Emergency Center doctors were working with undertakers.

He said at the time that Emergency Center dispatchers were referring dying patients to certain doctors - regardless of their location. These doctors did not perform resuscitation procedures in the field, and had a higher rate of pronouncing their patients dead than others.

Soon after, representatives of privately-owned funerals homes would arrive at the home of the deceased - having been given the address by the doctor in question, "in exchange for monetary compensation," Josifovski claimed.