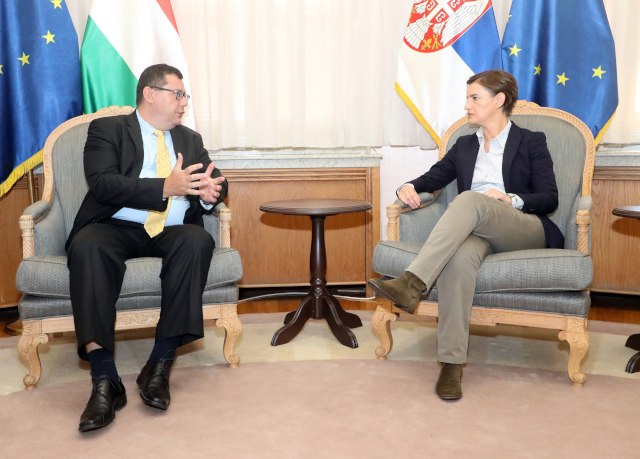 Brnabic placed a special emphasis on four joint sessions of the two governments held in Serbia and Hungary, which resulted in the signing of several memoranda and agreements and the realization of significant projects.

Pinter thanked the government of Serbia for the funds it allocated for the construction of the "Nova Toplana" boiler plant in Senta, which cost approximately RSD 213 million with the accompanying infrastructure installation with steel pipeline.

Brnabic and Pinter agreed that it is necessary to work on the opening of new border crossings in order to prevent long waiting times for passengers and goods at the crossings and to maximize the use of the transport infrastructure capacity.