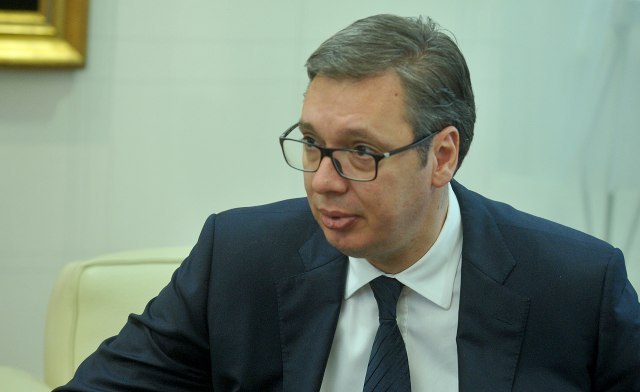 Earlier, Vucic ordered the army, and then asked the police and the intelligence agency BIA to stop any communication with the Kosovo police and KFOR, Tanjug said..

He also ordered that any communication be cut with any Albanian and international representatives acting in the territory of the autonomous province of Kosovo - this on the occasion of his planned upcoming visit, Tanjug said it learned.

Vucic will only make a decision tonight about whether or not to take that trip, and according to the agency, his closest associates are "completely split" on in the issue of whether he should go to the Serbian province.

The visit, previously announced for this Saturday and Sunday, was suddenly brought into question after information that Pristina intended to prevent him from visiting Gazivode.

President of the Kosovo Assembly Kadri Veseli said that Vucic could be banned from entering Kosovo.