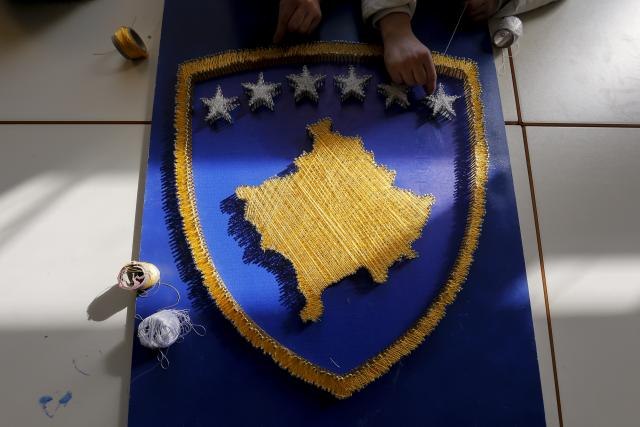 According to WSJ, German government was worried about “the move that might open the Pandora’s Box of interethnic conflict in some of the poorest countries in the region.” The paper added that German officials remained very skeptical on the issue and quoted German Foreign Minister Heiko Mass.

“We don’t think that talks on territory exchange between Kosovo and Serbia are particularly constructive. It can tear open too many old wounds in the population there,” Maas said upon arriving in Vienna to attend talks between EU foreign ministers and Balkan officials.

The German Chancellor said earlier this month that the “borders of the region were not subject to change”, WSJ reminded.

On the other hand, US National Security Adviser, John Bolton said last week that this idea didn’t bother officials in Washington despite the Western countries being firmly against it for the past two decades, WSJ article stated.

WSJ pointed out that Washington and Berlin were mostly in agreement in their stance on the region since the Clinton presidency and Dayton Agreement and that when Trump came in office US showed interest to review their policy on the region. American support to this idea was one of the points of contention between US and Germany.

According to WSJ, a possible agreement on border correction could also face criticism from the domestic public. WSJ mentioned that the Orthodox clergy and the leading Kosovo politicians opposed it.

The article said that the officials in the neighbouring Bosnia expressed concern that the idea might further encouraage the president of Republika Srpska to seek independency.

Some EU leaders were concerned the border correction agreement might cause an ethnic division in Macedonia considering its previous cases of violence Albanian minority was involved in, WSJ said.

EUobserver portal said that EU institutions expressed hope for another significant progress in Western Balkans integrations despite the “anxiety” about the land swap idea on ethnic basis.

The website reminded that the High Representative of the EU for Foreign Affairs and Security Policy Federica Mogherini said, after the high-level EU meetings on August 31, that Belgrade and Pristina might normalize relations with a binding agreement in 2020.

As the portal pointed out Mogherini had yet to settle “restless spirits” at the point when the conversation was moving from Vienna to Brussels for a scheduled meeting between the Serbian president Aleksandar Vucic and Kosovo president Hashim Thaci.

The portal assessed the idea might provoke a strong negative reaction from nationalist in both Kosovo and Serbia. EUobserver also warned of the risk that such agreement might encourage Albanian minority in Macedonia as well as Croats and Serbs in Bosnia and Herzegovina to try to redraw the borders in Western Balkans after barely 20 years since the wars in the region had ended.