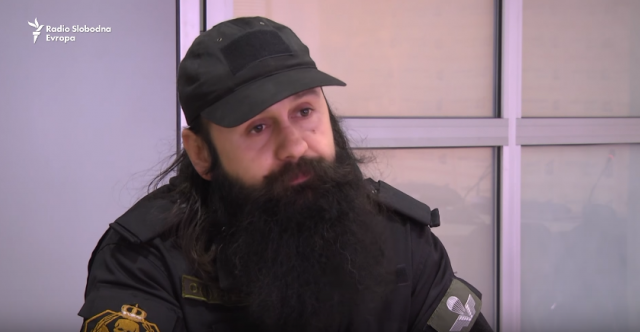 "The suspect will be detained for up to 48 hours and he will be brought to the competent prosecutor's office along with the criminal charges,” the ministry told RFE/RL.

Zivkovic is under investigation by the Office of the Prosecutor General of Ukraine for participating with six Serbians on the side of the separatists in Eastern Ukraine, RSE reports.

Serbian citizens are part of the investigative procedure for attacks on government forces in the regions of Donetsk and Luhansk as part of an extreme right-wing organization called Unité Continentale.

Amendments to Serbia's criminal law in 2014 made it a crime for Serbian citizens to participate in foreign wars, with violations drawing penalties ranging from six months to five years in prison.

An individual who participates in a foreign conflict as part of a group faces imprisonment of one to eight years, according to the law.

Someone convicted of organizing participation in a foreign conflict faces a prison sentence of two to 10 years.

RFE received confirmation that in February the Higher Court in Belgrade announced 28 convictions against Serbian citizens who participated in the war in Ukraine.