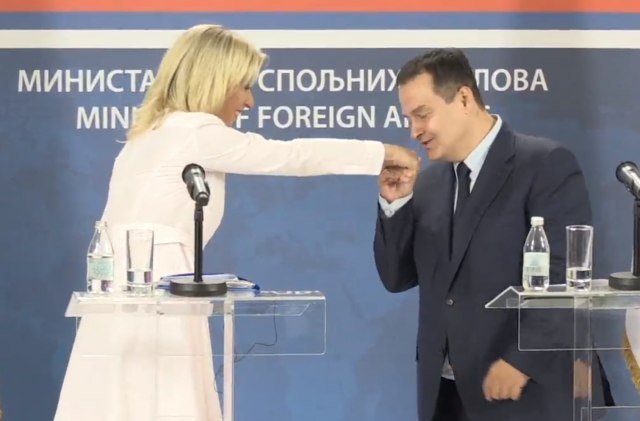 "That is especially important today, if agreements are being devalued. It is very important to be consistent in the approach and the stance, and this relates primarily to the Russian stance on the Kosovo problem. These are not theoretical researches or hypothetical analyses, this is a practical job that is based on international law. Our approach to this issue is serious and based on international law, on respecting the sovereignty of Serbia, and this stance of Russia has not been changing. They know it very well in Belgrade," said Zakharova.

She also recalled what this position implies.

"The problem of Kosovo has long since become an international problem. We have considered it at the UN Security Council, there is (UNSC) Resolution 1244 that has not been annulled by anyone. I am not sure that there is a country that has defended respecting this resolution more than Russia. And of course, we have always said that we will support agreements that will be reached and which are good for Serbia. That is our consistent position," Zakharova said.

Zakharova specified what Russia will not accept.

"We will not accept the lie that Kosovo was separated from Serbia on the basis of a referendum. We will not have being told, while singling only one thing out, that this is a unique example in Europe. Everything that will be related to twisting the historical memory will also not pass."

The idea of "delimitation" was floated earlier by Serbian Foreign Minister Ivica Dacic, while President Aleksandar Vucic on Thursday revealed that this was "his policy" on the issue.

Speaking during a joint news conference with Ivica Dacic today, Zakharova stressed today that Belgrade that Russia stands for consistency, and for the sovereignty of the Serbian territory - but added that her country will respect Serbia's decisions.

Dacic for his part said that "delimitation" was "not a done deal."

"That is something we saw as a possibility to reach compromise," Dacic said.

Earlier in the day, the minister told Prva TV that this was an option he has been backing "for about ten years."