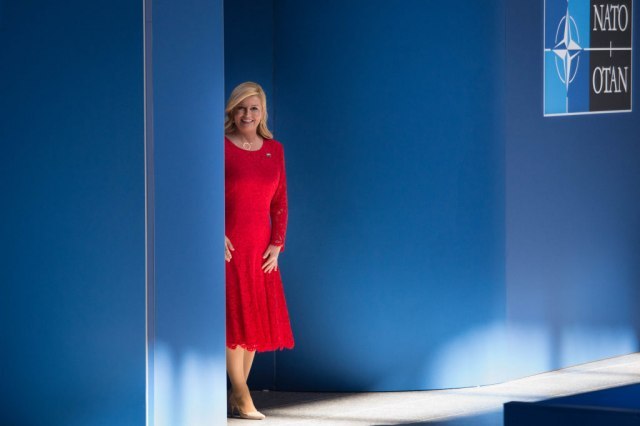 "It would be the first official visit of a Russian president to Croatia, and I think that now is the right time for it," Grabar- Kitarovic said, TASS is reporting.

"The attitude of the Croats towards the Russians could best be seen during the World Cup in Russia," said the Croatian president, adding that not only Russia and Croatia, but also the entire Southeastern Europe would benefit from the visit.

A specific date depends on the obligations of the two presidents - but Grabar-Kitarovic added that she told Putin to come "whenever it suits him."

Croatia is a member of NATO and the EU, she continued, and "advocates respect for international law and respect for the Minsk Agreements, but at the same time believes that dialogue with Russia is inevitable."

Particularly important to Grabar-Kitarovic is the role of Russia in Southeastern Europe, the fact Russia is a guarantor of the Dayton Agreement and that it supports the territorial integrity of Bosnia-Herzegovina.

As she said, Russia is "a big country and key burning issues in the world, such as Syria, cannot be solved without it."

Grabar-Kitarovic aadded that she supports NATO enlargement, stressing that this process is "not directed against Russia."