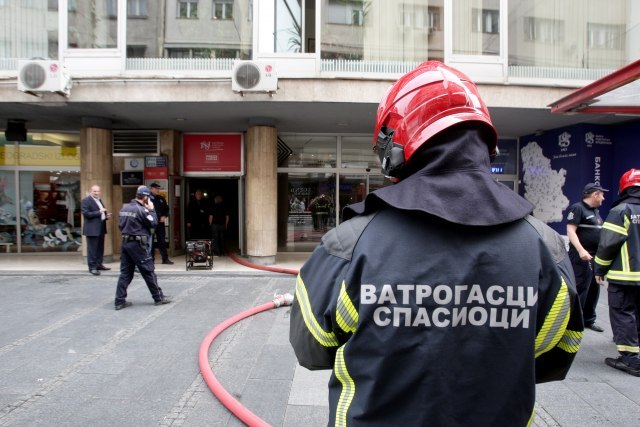 Tanjug reported unofficial information that two firefighters were hurt: one inhaled smoke, while the other sustained orthopedic injuries.

Beta agency was told by the Ministry of the Interior that the basement rooms had caught on fire and that the blaze was quickly localized.

Although it was originally reported the fire had broken out in the Palace Albania, the location was the building housing the Belgrade Cultural Center and the Association of Journalists of Serbia, among others.

Faulty wiring is the likely cause.

Eyewitness told Prva TV that the firefighters responded very quickly, and that only black smoke was visible outside the building, causing it to be evacuated.