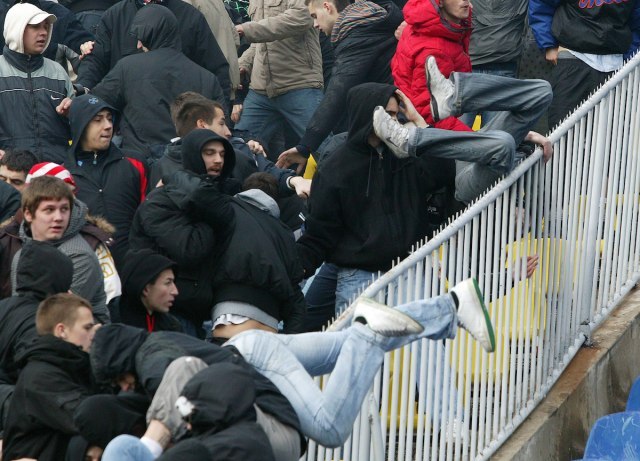 "The heroic gesture" was carried out by Zemun football Club supporters, known as "Taurunum Boys," who bragged about their "feat" on social networks, which was enough for the media to pick it up.

Some went as far as to say that a Croatian fan "ran away, and simply left the flag behind," adding that supporters from Serbia staged "a proper little hooligan show."

Other Balkan-related controversies during the World Cup in Russia include Croatian players celebrating a victory in the locker room last week by singing a song by Marko Perkovic aka Thompson - a singer glorifying Ustashas , the WW2 Nazi-allied regime of the Independent State of Croatia (NDH) - and then posting this on Instagram, and FIFA investigating Switzerland players and Serbian FA members for possible disciplinary violations.

Serbian fans display the Croatian flag with the inscription "Siroki Brijeg" (a town in Bosnia-Herzegovina) that they seized, by holding it upside-down: