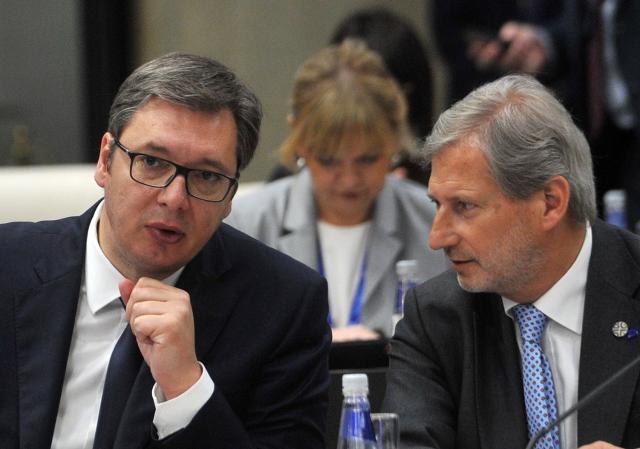 When the interviewer assessed that Serbia is "avoiding to recognize the independence of its former province" and when asked whether this price should be paid for the EU, he said it was "inconceivable that Serbia, in the solution of the conflict, will be left empty-handed in the end."

"We need a fair compromise, and that means that both parties should make concessions," Vucic said, and, assessing that it might mean that Serbs would make a greater sacrifice, warned that complete humiliation of Serbs in this matter "simply cannot be not demanded."

He stressed that Kosovo is an extremely sensitive topic for Serbs and recalled that all his predecessors, in one way or another, politically failed on this topic.

Asked what a compromise solution to the Kosovo issue might look like, Vucic said he could not speak about it yet. "Please understand that I cannot provide any further details. It could weaken our negotiating position. But be assured - as soon as serious talks begin, we will be ready for a compromise. I would love to be able to say the same for other side."

Asked whether his compatriots are really ready for concessions over Kosovo, Vucic replied that they are not.

"No, we have to fight for that. Today, about three quarters of Serbs would rather freeze the conflict, than to accept a compromise. But one time this conflict will suddenly unfreeze, and that's a time bomb, a political mortgage for my country and the whole region. No, we have to solve this problem and only in 100 years. We must now create a foundation for a better future," Vucic said, adding that he would like his compatriots to "take to heart" writer Borislav Pekic's words - "love the country of your children, not of own ancestors."