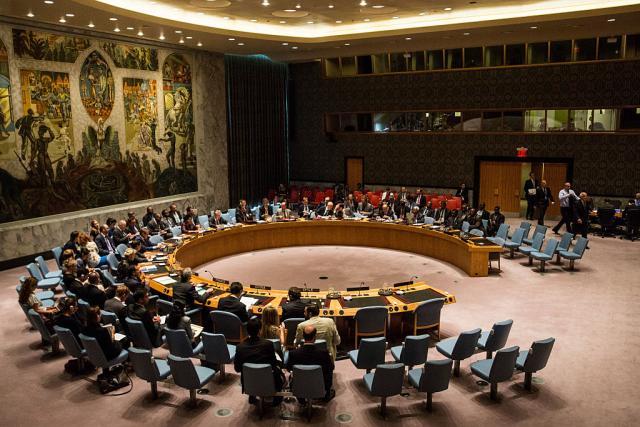 Speaking in New York on Monday during the presentation of the new regular report of the UN secretary-general on the work of UNMIK and situation in Kosovo, the representative of the Russian Federation, Vladimir Safronkov, said that UNSC Resolution 1244 should remain the "cornerstone" of a solution.

Safronkov pointed out that the UN mission in Kosovo should continue to play an important role, since the situation is far from stable, that is, as he pointed out, "it has worsened."

The situation in Kosovo is far from rosy as the proponents of Kosovo's independence are representing it, and we are surprised by intentions of withdrawing some of the international forces from Kosovo and Metohija, said the Russian diplomat, adding that this could destabilize the Balkans as a whole.

He also emphasized the need for full implementation of the Brussels agreement, stating this and the creation of the Community of Serb Municipalities (ZSO) is at the center of Russia's attention.

He addressed those who have influence on Pristina to convince it to rein in those who cause tensions, and mentioned the unsolved murder of Oliver Ivanovic and the arrest Marko Djuric in this negative context.

Safronkov also said that "some members" of NATO's KFOR "secretly train members of Kosovo forces at the (US) base Bondsteel."

The Russian diplomat, referring to Resolution 1244, asked for an explanation of what kind of training is being conducted in that base.

He pointed out that Belgrade has a constructive approach and that Russia is worried about pressure on Belgrade to recognize Kosovo.

Safronkov pointed out that there should not be any ultimatums.

Addressing the meeting, the United States suggested that UNMIK is "long overdue for drawdown and closure," while France said that resources for the operation of this mission should be adopted to the situation on the ground.

US representative Amy Tachco said UNMIK’s reporting period should be extended to six or twelve months with fewer sessions before the Council.

She said that normalization between Belgrade and Pristina demands that "both countries" follow through with full implementation of their Brussels dialogue commitments.

"We welcome Kosovo’s launch of the process to form the Association of Serb-Majority Municipalities (ZSO) and we look forward to continued work and cooperation on this important and long overdue task. We also look to Serbia to fully cooperate and engage to finalize implementation of the energy agreement. The long delays on this agreement are having negative effects not just for ordinary citizens in Kosovo, but throughout the region and Europe," said the US representative.

Tachco said her country supports the Brussels dialogue, as well as "Kosovo’s membership in all relevant international organizations, including the United Nations."