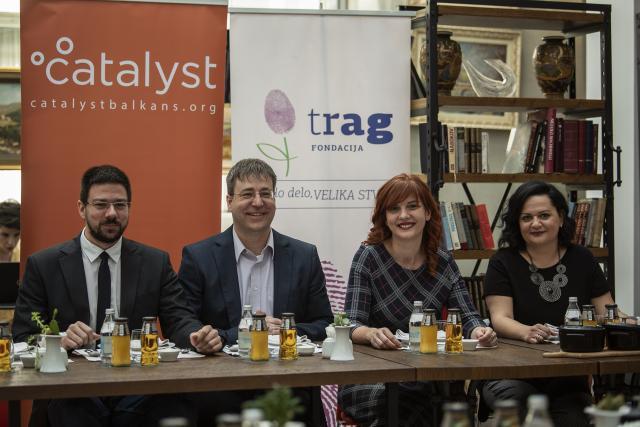 "There has been a steady growth in charity giving in Serbia. The progress we see now is the result of a better understanding of the donors that giving for the common good has a dual purpose: help when it is necessary, but also a long-term investment in society," says Aleksandra Vesic, author of the survey and founder of the Catalyst Foundation.

Although medical treatment of citizens is dominant as the area that receives most donations, in addition to the general increase in charity giving, the growth of donations for education is particularly good news, which went from 12.8 percent to third place for the first time, after health and support to marginalized groups.

"We are encouraged by the growth of giving to non-profit organizations, as well as by the positive trend of increasingly long-term and quality partnerships between non-profit and business sectors. So far, nearly 100 organizations have been supported by individuals and businesses in their communities with over 600,000 dollars. In cooperation with partners, we will continue to encourage the growth of trust in the work of civil society and its capacity to address issues of importance for citizens," said Biljana Dakic-Djordjevic, executive director of the Trag Foundation, adding that she expects this trend to continue.

The Catalyst Foundation has been conducting surveys about charity in Serbia and the entire region of the Western Balkans since 2013, for the third consecutive year in partnership with the Trag Foundation, and this year with the support of the Charles Stewart Mott Foundation.