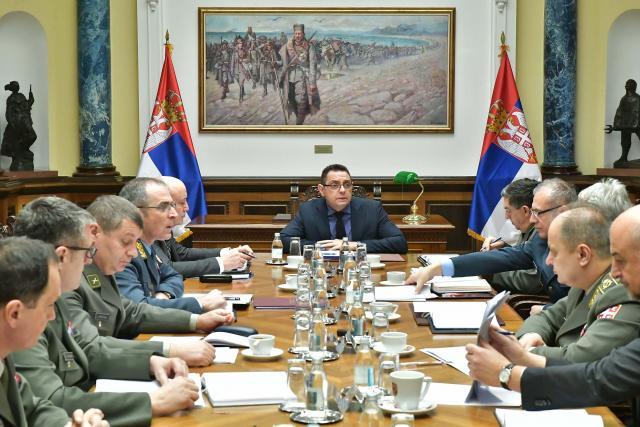 The statement also said that the procedure will be carried out in parallel with the initiation of changes to the Rules on Military Uniforms and Military Marking of Ranks, and the Rules on the Coat-of-Arms, Military Flags, Military Symbols and Other Markings of the VS.

scroll down for more photos