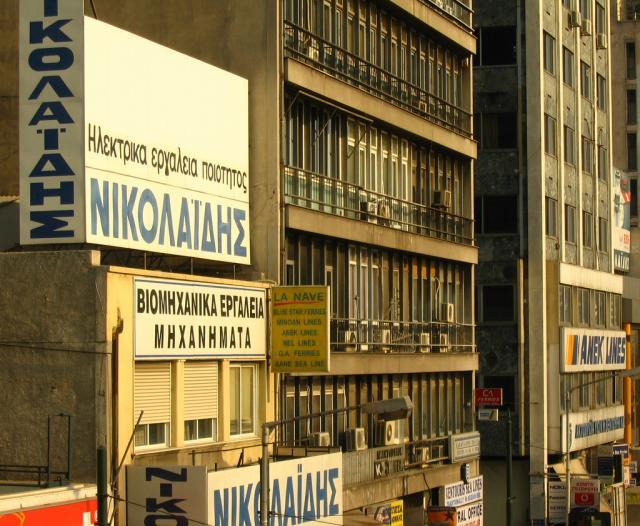 I was travelling alone and there was no way I could move further up the list for transit to Hungary, which was never my aim in the first place. My husband is in Germany, he works at the Frankfurt airport. I was heading to join him.

I am not fully familiar with his status, but every year he gets his residence and work permit renewed. Once a year he's allowed to visit Afghanistan and that's it. The last time he was there was a year and a half ago, and that's when we got married. We had to do it then, in order to connect our families, so our fathers would be able to continue to work together. Because of these circumstances, there was no chance of family reunification under the German legislation. This is why I had to head for Germany in some other way.

Now that my father is gone, I had nothing left to wait for. I decided to go back to Greece. Belgrade is not the place for me - there was no progress, I had been pushed back from the border several times, last time from the Romanian one.

When I mentioned my decision to people from the camp, some of them said they would like to join me. I went to an organisation in the city and asked them to buy me a ticket to the border. I've heard they do that. One family, a young woman, and myself were bought tickets to Preševo.

It was during the night that we arrived at the border. We left the train and entered Macedonia on foot. Six kilometres of walking. No one asked us anything. The policemen saw us but said nothing. I remembered eight or nine months ago, I had passed this same road, on my third attempt to cross. The border was closed. A smuggler was leading us. He had no skill. A kid, I believe he was underage. Four days we spent near the border, waiting for a sign from the other side to move.

This time around, I reached Athens in a day and a half. I contacted a friend there who had recently arrived from Istanbul. She was clueless about what to do next, how to continue her journey. She had no one in Europe, but she was travelling with her husband. She told me they'd got an offer to leave for Albania from where a smuggler will transfer them to Italy. Quite a safe deal, but it costs. I arranged with her to introduce me to the guy, so that I might try the same plan.

The man explained to me the plan. The whole deal cost 3.000 euros. I had already spent that much money since I had started my journey. And it's not Italy that I was trying to reach, I need Germany.

"Germany is possible too“, he said, possible, but costs a bit more.“
"How much?“ I asked.
"I have to think. I don't know if you have that much money.“
"Here, I offer three thousand. That's it. Deal?“

He laughed. He has probably never arranged a job with someone in this manner. The money is usually paid in advance, and everyone I know has paid while still in Afghanistan.

"Deal, but for four thousand. Euros, not dollars. For that money, you're going Germany, and will arrive briefly.“

Several days later I met him again. He told me to bring him a photo of myself. He is making a fake passport for me. Enough euros buys a European passport. A European passport buys gateway through European borders. The next week I got a passport, and two plane tickets in it. A charter flight, from Germany to Greece, and back.

“Tear the first ticket out. You used that one to come here.“ he said and smiled.

In two days I was supposed to fly back to Germany.

I needed to reach the airport from which matched the information on my tickets. I had no money left, so it wasn't that simple. I was sleeping in Piraeus, waiting for a ship. (I was lent the money from a friend. For the amount I had given the smuggler, I could have travelled half of Europe. The journey to the island, where the airport is, takes about 11 hours. It was as if I came back to Turkey again. I was only a few kilometres from there.

I left the ship and walked to the airport. My flight was the next morning. I couldn't be late. No one asked me anything. No police. No one on the ship. No one at the airport.

I realized I couldn't sleep at the airport. I'd raise eyebrows in that way. I am a tourist, and I am not looking forward to going back home. I practised the role silently. I threw away my headscarf in the dustbin, I only wore it when there were plenty of men around me anyway.

I needed to be just on time and not to come across as confused. I walked around the airport a bit, to figure out where the entrance was and where potential problems could come up; I poured some water in the toilet and left.

The airport seemed different the next morning. I was still early. I had slept in the open, nearby. It's a small airport. Nothing like the one where my husband works. I know it from the photos. People started to form a line. So did I. Not at the front neither in the back. In the middle.

Photo: NewbieRunner - Back to reality - FRA T1 Pier A

The plane was packed full. All seats taken. I was sitting at the seat 4F- the windowseat. The island looked beautiful while we were taking off. After several minutes, I couldn't tell which of the islands was mine. I saw the sea, parts of land. So many islands. I counted them. Then I fell asleep.

I was awaken by a message from the pilot that we were landing. The plane was doing circles above the city for a while. I saw plenty of planes in the sky. They were all going in circles. The pilot announced the landing would be delayed. Finally, we landed with a hard bump on the runway.

I was outside. I saw a sign "Willkommen in Frankfurt“.

NOTE: This blog is based on everyday-life stories of women refugees and migrants who are currently residing in Serbia. The blog was written by an author whose name has been changed to protect her privacy and was produced by Info Park with support of UN Women in Serbia with an aim of shedding light on the situation of women refugees and migrants. The views and analysis contained in the blog are those of the author and do not necessarily represent the views of UN Women, the United Nations or any of its affiliated organizations.