The book "Roda Roda - The Serb Diary of a First World War Reporter. The War Press Bureau of the Austro-Hungarian Monarchy" has been published in Serbian.

The book "Roda Roda - The Serb Diary of a First World War Reporter. The War Press Bureau of the Austro-Hungarian Monarchy" has been published in Serbian. 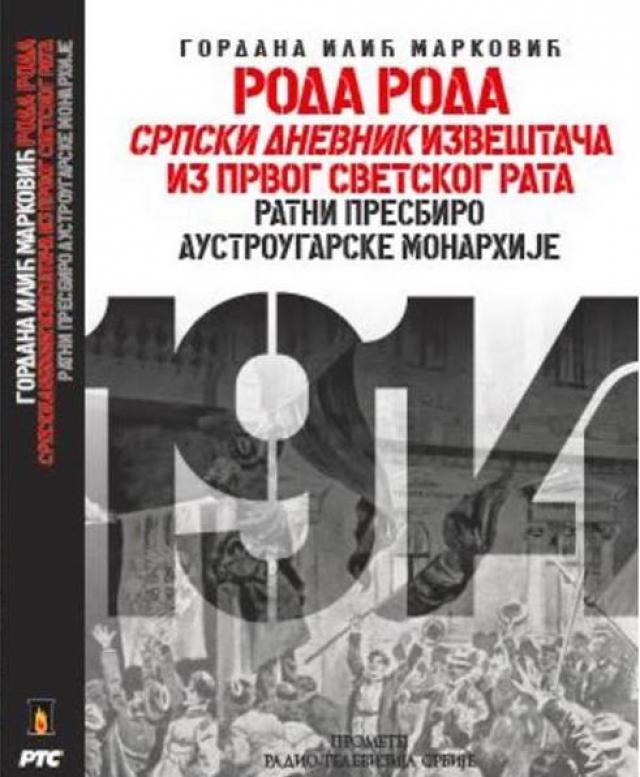 Ilic-Markovic analyzes the linguistic expression of the Austro-Hungarian war propaganda, using the case of the wartime opus of Alexander Roda Roda, an Austrian writer and satirists, until know not well known in the Serbian speaking area - a virtuoso of short form and poetry and the first translator of the works of Peter Kocic and Branislav Nusic.

The creativity of this storyteller is seen in the context of the work of the Austro-Hungarian War Press Bureau, which Roda Roda worked for - as well as his contemporaries such as Stefan Zweig, Robert Muzil, Egon Erwin Kisch, Hugo von Hofmannsthal and others, whose war texts are also subject to this analysis.

In addition, the book contains Serbian translations, accompanied by notes, of Roda Roda's previously unpublished texts from his prewar and war opus as an author and publicist, related to the Kingdom of Serbia: selected articles from the Austro-Hungarian war press, a selection of essays, short stories and recordings from the author's private legacy, and Roda Roda's "Serbian Diary." Illustrations from the Austro-Hungarian press follow the propaganda motifs found also in the accompanying texts.

The activity of Roda Roda represents an important source for understanding the process that formed a negative public opinion about the Kingdom of Serbia before and during the First World War, and it represents both a literary and a historical testimony. In addition, the book speaks to the timelessness of the power of the propaganda expression.

As the author - a professor of Slavic studies at the University of Vienna - states: "Putting the emphasis on national exceptionalism, elevating one's own nation, while disparaging the opponent, recalling the glorious deeds of the past as evidence of continuity of the cultural heritage and of inevitability that links these deeds to the present and commands a defense of one's culture, revival of national myths, strengthening of stereotypes, insisting on preservation of traditional values ​​- evaluating of cultures, and appealing to emotions of soldiers and the civilian population through symbols and allegorical representations, are just some of the many features of the First World War propaganda, but also of propaganda in general. Only the media for conducting propaganda change over time."

In 2014, Samizdat B92 published a Serbian translation of Ilic-Markovic's previous book, "The Great War", originally published in German by the Vienna-based Promedia.