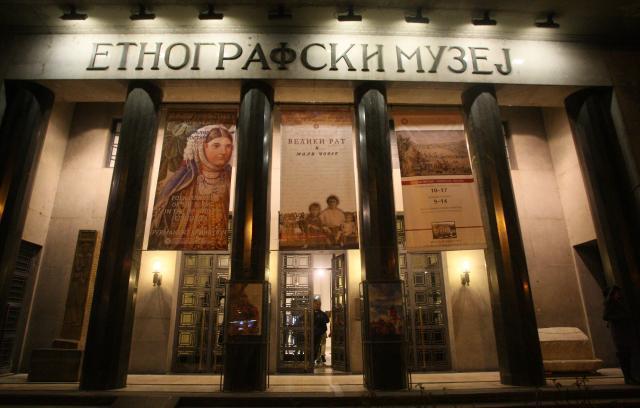 The entrance to the Ethnographic Museum (Tanjug, file)

In addition, responsible parties representing the Home Art store, the youth cooperative Gaudeamus, the PR agency New Rey, and the administrative agency Sebastian MBI have also been detained, on charges of abuse of office held by responsible party, the statement said, identifying these suspects with their initials and year of birth as Z.M (1969), R.D. (1969), P.M. (1984), and I.S. (1984).

Another person will be charged with public procurement abuses, the statement said. The total financial damage suffered by the museum as a consequence of these crimes exceeds RSD 14 million (EUR 117,000).

Menkovic is suspected of ordering the museum's accountants to make payments to the said companies, although the public institution had no business dealings with them. The responsible parties in these companies would then issue fake invoices to the museum.

Menkovic was previously in the news and under criticism when she used the museum's premises for private purposes - namely, to allow her son to have his wedding party's pictures taken there.